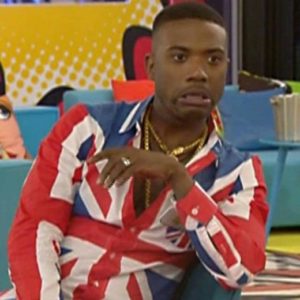 Like may child stars before him, actor and musician Ray J has seen his share of ups and downs in both his personal and professional lives. His most recent controversy involves his time on the reality show Celebrity Big Brother, as the producers reportedly kicked the “new star” off the show just eight days into his run. And now that the strange story and its fairly complicated aftermath has all come out, it appears Ray J has tooth problems and painkillers to blame for his ousting.

Here’s how things played out, at least according to TMZ. Over the weekend, Ray J allegedly complained about some terrible tooth pains to fellow Celebrity Big Brother cast members and the producers, but it’s stated everyone behind the scenes ignored his grievances and made him continue filming. The next day, some cast members reportedly refused to go on with the production until medical help was called in to check Ray J out, and a dentist was called to the set the following day. That’s when things got weird.

Ray J looked downcast as he left a specialist dental clinic in London on Wednesday after he threatened to sue Celebrity Big Brother producers for not letting him return. #rayj

Ray J was reportedly given eight painkillers and was told to take four that evening and four the next morning. When that morning had arrived and the pain was so bad that not even the four-pill breakfast helped, the production team agreed to take him to the hospital, but upon leaving the house, Ray J blacked out. The hospital visit apparently revealed the reality show star has several tooth and gum problems which needed attention, and it was apparently during that hospital stay yesterday that Celebrity Big Brother producers decided to boot him from the show.

As you might imagine, the sex tape subject was not overly impressed with finding out that he wasn’t being allowed back on the show, and it doesn’t sound like he’s taking it laying down. Literally or figuratively. Here’s how he answered when asked by The Mirror about his chances of suing the producers.

I’d never like to do that because I’m a producer as well and I like to be on the same page with everybody. But this is just not fair and if I have to take those precautions, I will. I don’t even care about my tooth, put me back in the house and let me work. This isn’t right. It’s wrong bro, it’s wrong.

Not the sound of a happy camper, or even a camper mellowed out by pain medication. Ray J wants to take action, and it’s hard to blame him, if everything about his tooth story check out. Dental pain is some of the most discomforting pain imaginable, so it’s understandable that he might not have been able to work properly at the time.

Perhaps in an unrelated incident, or perhaps not, the day after Ray J left the Celebrity Big Brother abode, housemate and DJ Brandon Block announced he was voluntarily walking away from it. Addressing everyone around him on the show, he claimed he hadn’t been happy or feeling like himself for several days. Don’t expect him to bring up a lawsuit to get back on.

Celebrity Big Brother airs nightly on the U.K.’s Channel 5. Head to our midseason premiere schedule to see what shows you’ll be able to find in the coming months.