Former member of the group B2K, Raz B took a break from the good ole U.S. of A. and hit the streets of China, stayed seven years and now he is BACK! He returned to the States with club banger titled “Get it Low.” Reclaiming his music career by collaborating with them “East Side Boyz”. Now how did that happen? We were able to catch up with Raz B and Big Sam who said the following:

It’s crazy because Big AL said Raz B is looking for a new sound and I remember I had this song I was working on in my head.  So we were at the studio and Adam played this beat and I said I got it. Then I went in and laid the hook and all the Crunk tracks and the bridge. Then we sent it to Raz and he just loved it. He sent a rough back and I was like whoa this can be big.  So I it was a empty spot and so I put a verse on there.

We also had some questions for Raz B in regards to his choice of deciding to go with the crunk sound for the newly released Get it Low single. Check out how the interview went.
(question for Raz B) You and the East Side Boyz sounds kinda crazy but the music is fire. Did yall meet up in China?

Raz B:  I used to see Lil Jon in China all the time in China but I never thought I would get the opportunity to work with the East Side Boyz. But they definitely made it happen. I’m excited about the song period. 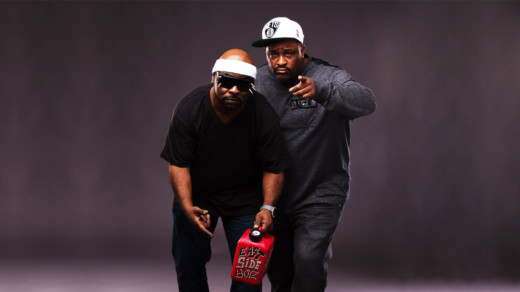 The crunk music choice: were you focusing on changing your target audience?

Raz B: You know, I’m so focused on what me and my team is doing, I’m not really worried about what the rest of the world is doing. We were just trying to bring something fresh and new to the culture. We trying to win, man. I mean we are winning.

(question for Big Sam) How important is it to keep the Crunk music pumping in 2018?

I don’t think it’s problem with keeping Crunk pumping for here until. It’s apart of to many commercials.

(question for Big Sam) Why do you think Crunk is so relevant to the culture today?

I think Crunk let artist say I don’t have to follow the rule book on how music should sound and look. Think about it you have the internet now where you can post a song or songs whenever you want. I also think Crunk is relevant today because like said it a feeling you get when you hear those sounds or cadences that make you bounce and just want to move.
(question for Big Sam) Do you think there is a missing link in today music as far as dance music is concerned?
Wouldn’t say it’s a missing link because dance music is still here to stay I know that for a fact because my daughters are on a dance team (Da Atl Bomb Squad) and they keep me up on the dance music scene.  It’s just nowadays people want to hear, smoke and drank music all day. Actually the younger generation is bringing dancing back. It’s all on big circle when you think about it.
(question for Big Sam) Name 4 artists you think is keeping dance music alive?
I wouldn’t say it’s the artist that’s keeping dance music going unless you talking about Blockboy JB, We R Toonz etc.. I would have to say it’s the producers that’s keeping the  dance music & dance scene going because now if your song is hot these groups love to make videos to them. Let’s be real, they not dancing to the words. You think 21 Savage whom I think is dope is actually in the studio saying yeah they gonna dance to this? Nope, but I bet the producer is saying that in his head. Oh my kid got routines to 21 Savage, Young Nudy, Hoodrich Pablo etc. which I am also a fan of those guys, Salute.
(question for Raz B) What is your motivation to pursue staying in the music industry with all the scandal you had been through prior to leaving for China?

“I want to make a difference and continue to make a difference as long as I am above ground. I don’t want to exist as wasted space. I want to continue to push the team forward and change the culture. I wake up with a responsibility to know that I’m here and I am breathing, so my job is just to serve the King. The enemy constantly wants to pull you back so I have to stay consistent in what I am trying to do. I need to just play my part in this big ole world and keep pushing the human race forward.”

As far as what happened before I went to China let’s just say “Love Covers A Multitude of Sins and love is the answer.”

There you have it. Check out Get it Low and stay tuned for more info on an upcoming Crunk Tour.