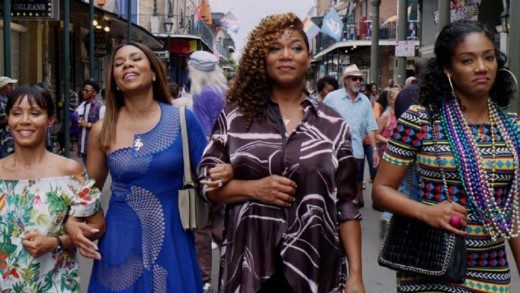 One of 2017’s most notable summer theatrical successes was the Malcolm D. Lee-directed comedy Girls Trip, starring Regina Hall, Queen Latifah, Jada Pinkett Smith and Tiffany Haddish. On a $20 million budget, Girls Trip ended up making over $140 million worldwide. Combined with the positive critical reception and numerous accolades, talk of a sequel understandably started popping up, and Hall recently said that Girls Trip 2 is still in the cards. The main obstacle in the way is scheduling among the four stars.

“Girls Trip” star @MoreReginaHall says the Flossy Posse is coming back for a sequel! ?? pic.twitter.com/vqX1TBip0c

As Hall put it:

So the specific aren’t quite nailed down yet and setting aside time for Regina Hall, Queen Latifah, Jada Pinkett Smith and Tiffany Haddish to reunite is slow going, but as Hall stared on BuzzFeed News’ AM to DM, there is definitely work being done to make Girls Trip 2 a reality. Scheduling can definitely be tricky when it comes to planning a sequel, especially when the main stars are all busy with their respective projects. Hall has Shaft and the Black Monday TV series coming up, Latifah is one of the leads in Star, Jada Pinkett Smith is appearing next year in Angel Has Fallen, and Tiffany Haddish, arguably Girls Trip’s breakout performer, is currently starring in The Last O.G. alongside Tracy Morgan, not to mention will be seen/heard next year in The LEGO Movie 2: The Second Part, The Secret Life of Pets 2, The Kitchen and Tuca & Bertie. So yeah, it will be difficult to wrangle everyone back together, but at least Girls Trip 2 is still in consideration. 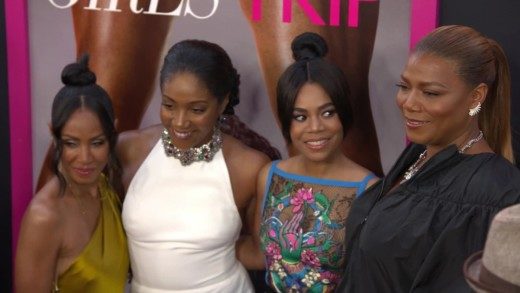 Girls Trip followed four friends named Ryan, Sasha, Lisa and Dina, a.k.a. the Flossy Posse, who reunited for the Essence Music Festival in New Orleans after being apart for so long. As one can expect from these R-rated comedies, shenanigans ensued (particularly of the raunchy variety), but Girls Trip definitely proved itself to be a hit among audiences and critics. As Regina Hall also noted, Girls Trip 2 will see the women traveling to a different destination, which makes sense given the title. Where they ultimately end up hasn’t been determined, but earlier this year, Tiffany Haddish expressed interest in Meryl Streep appearing in the sequel, which would be an impressive score if pulled off.