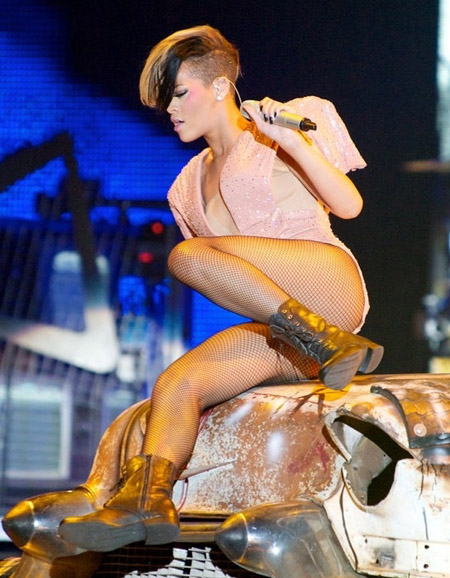 Rihanna is back on her feet after a brief hospitalization in Switzerland this week. MTV.com reports the singer performed Monday night in Zurich but was taken to a private clinic after her show for an injured rib. Her spokesperson says, quote, “[She] had an injured rib and went to have it looked at to be sure it was nothing serious and it wasn’t. All is OK and the tour is going great.”

The injury isn’t affecting her current “Last Girl On Earth” tour. Rihanna played in Lyon, France as scheduled on Tuesday night. She was scheduled to play in Marseille Wednesday night and is slated to head to Frankfurt, Germany for a Friday show. Rihanna’s European tour is scheduled through June 5th, where she’ll wrap the European leg of her tour in Madrid, Spain at the Rock in Rio Festival. Rihanna returns to the U.S. to kick off her tour in Seattle, Washington on July 2nd.