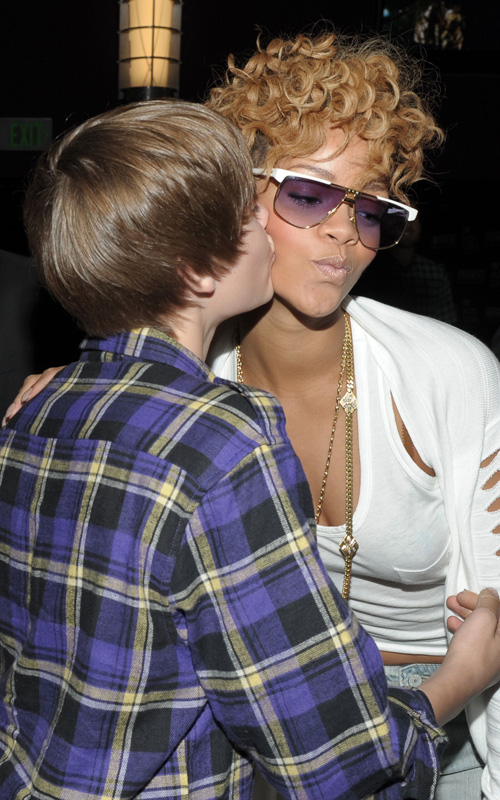 This weekend’s Grammy awards will hopefully be a much more positive event for pop singer Rihanna. The R&B starlet is nominated for Best Rap Song thanks to her collaboration with Jay-Z and Kanye West, “Run This Town.” The track is up against Drake’s “Best I Ever Had,” Kid Cudi’s “Day N’ Nite,” T.I.’s “Dead and Gone,” and Jay-Z’s “D.O.A.” While a trophy can’t erase the past, Rihanna and her fans no doubt hope that a successful Sunday evening can erase some of the pain from last year’s event. During the early morning hours of February 8th, Rihanna was assaulted by her then-boyfriend Chris Brown following a pre-Grammy party. The incident prevented both artists from attending last year’s ceremony, and thrust them onto the front page of the tabloids. What followed next was months of rumors concerning the couple’s relationship and their respective roles in the incident.Catch the 52nd Annual GRAMMY Awards this Sunday, January 31st at 8:00 p.m. on CBS TV. Here are some pic’s of her and Justin Bieber, Usher’s new aritist..