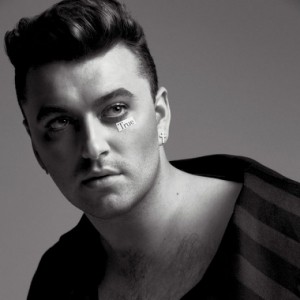 In the latest issue of V Magazine, popular British soul crooner Sam Smith had the incredible opportunity to talk with the legendary singer-songwriter Chaka Khan for the interview and actually sounds off on his fellow stars. Without name-dropping, Smith says that “some of these pop stars are just awful and they have not even had half the success that you’ve [referring to Khan] had, and yet you’re so humble and kind.”

Khan responds to Smith’s gracious compliment, saying that the “lack of person-to-person communication…makes the difference. Talking to a screen all day long takes the human experience out.”

E! Online reports that Khan told Smith, “We are definitely going to write a song together.” Smith replied “hundred percent, I’m in” and added that maybe the work could include Mary. J. Blige. Khan apparently agreed, noting that Blige is “a good writer.”

Wouldn’t you love to hear something that included Sam Smith, Mary J. Blige, AND Chaka Khan? You can’t tell me that wouldn’t be an incredible work of musical art! Be sure to pick up the latest issue of V Magazine to read the full interview which also features alternate cover shots of FKA Twigs, Tinashe, and Jessie Ware on newsstands January 15!