On Sunday Aug. 19th, the numbers officially came in: for the second week in a row, Travis Scott’s Astroworld was the No. 1 album on the Billboard 200, with 205,000 equivalent album units earned in the week ending Aug. 16, according to Nielsen Music, with Nicki Minaj’s fourth album Queen coming in at No. 2, with 185,000 equivalent album units in its first week of release. 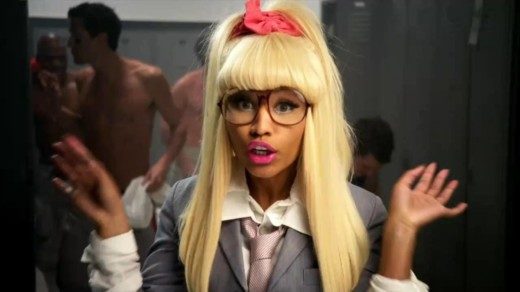 Queen’s debut landed a number of milestones for Minaj: at 97,000 streaming equivalent album units, or 128.7 million on-demand audio streams, it marked her largest streaming week ever, and extended her own record for most top-two charting albums among female rappers to four. But on Twitter, Minaj appeared less than pleased to come in behind Scott atop the chart and blamed a number of factors.

She accused Spotify of reneging on promised promotions for her album, in order to “teach her a lesson” after Queen was released “10 mins early” on her Beats 1 radio show, #QueenRadio, where she premiered the album on Aug. 10.

“Spotify had to teach me a lesson but rewarded the man who has had an Apple radio show the longest; inadvertently helping the Apple platform the most,” she tweeted, referencing Drake’s Scorpion album release and the all-hands-on-deck Spotify promotion that accompanied it, as well as Drake’s OVO Sound radio show on Apple’s Beats 1. “Oh I can’t wait for #QueenRadio on Tuesday. They took away my promotion they had promised for the 1st cpl days b/c of this.”

“My music went up on Apple so I played it,” she continued. “I assumed it was on Spotify & Tidal at the same time. Spotify said that Apple tweeted fans advising #Queen was up & therefore they had to teach me a lesson.”

Minaj also said that her label, Republic Records, declined to fight for her promotion spots in order to protect its relationship with the streaming service ahead of the release of her labelmate Ariana Grande’s Sweetener, which came out last Friday (Aug. 17): “My label didn’t want to defend me for fear of Spotify trying to teach Ariana a “lesson” too!”

Travis Scott’s ‘Astroworld’ Spends Second Week at No. 1 on Billboard 200 Albums Chart
Minaj also tweeted that a merchandise/album bundle Scott announced on Aug. 16, the final day of the tracking week, also contributed to Scott’s win, despite the fact that she bundled her album with a similar package later that same day. Both packages offered a digital album, along with early access to a venue on their respective tours (with a separate concert ticket purchase required), among other items. The bundles were among the many merchandise/album packages both artists sold via their web sites — offering posters, clothing and other items paired with a digital album. 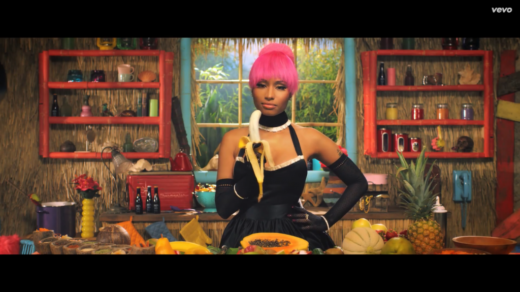 “Travis sold over 50K of these,” she tweeted with a photo of his “early access” bundle. “With no requirement of redeeming the album! With no dates for a tour, etc. I spoke to him. He knows he doesn’t have the #1 album this week. I love my fans for the #1 album in AMERICA! I’ll explain on #QueenRadio 4 albums in, #1 in 86 countries.”

Scott released Astroworld with a line of merchandise on his web site that was bundled with digital versions of the album, including T-shirts, hoodies, hats, keychains and posters. Additionally, each bundle purchase came with a pre-sale access code, giving customers early access to purchase tickets to his forthcoming tour. Minaj had an array of merch/album bundles available as well, including a capsule collection with luxury sportswear brand Just Don.

“I looked at the numbers the Carters, Kanye, Nas, etc recently did,” she continued in another tweet. “Travis sold 200K in his first week of clothes alone. I spoke to him last night & he said he’s been selling clothes b4 the music. Billboard says they’ll change the rules cuz of this, so it should be changed now!”