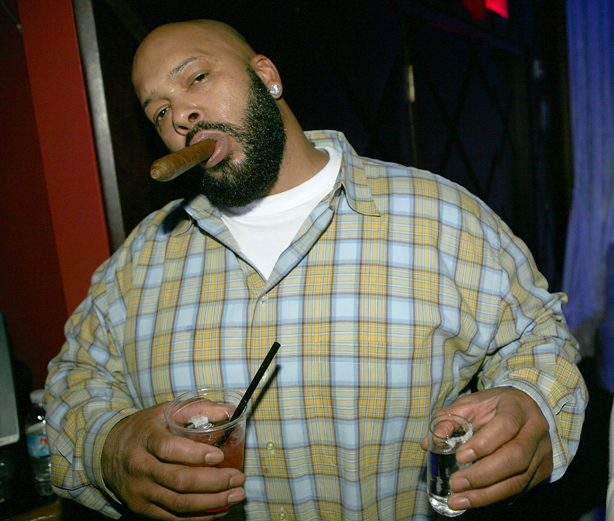 Suge Knight spent some time in a West Hollywood police station over the weekend. According to TMZ.com, Knight was arrested late Friday night on a warrant stemming from a traffic stop back in September. The one-time Death Row Records CEO was reportedly booked, issued a citation, and then released after signing a promise to appear in court.
Suge Knight was stopped on September 23rd for allegedly driving on a suspended license and running a stop sign. A 40-thousand-dollar bench warrant was issued for his arrest on November 23rd after he failed to appear in court to address the tickets.