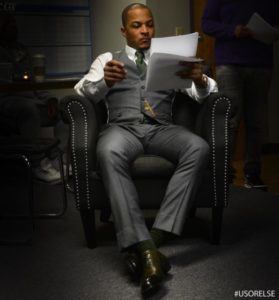 T.I. first acknowledged many were not sure what to expect from the President when he first took office but he indicated he now realizes have important Obama’s fight for the nation’s survival as one composes a key part of what he leaves behind. “For years you fought to keep this nation from the very thing we have now become,” he wrote. “For years, many of US failed you because, as I’ve said before, we were not all ready for the change you wanted to bring about. But rest assured that we heard you. Rest assured that we felt you and rest assured that your legacy will live on long after your presidency.”

Tip’s words take on a similar to Kendrick Lamar saying hip-hop “owes” the President and expanded it to apply all Americans, regardless of race, gender, socioeconomic status and the like. But, he places an emphasis on “US” throughout his letter to note how important it has been for people of all colors to see anyone other than a white male leading the country, giving everyone faith that their voices held a prominent role in the democratic process. 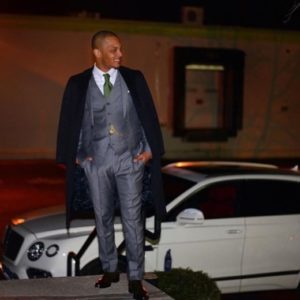 Read T.I.’s letter in full below and there’s an option to listen to a reading of his words on the New York Times.

“You entered humbly into our worlds from the streets of the South Side of Chicago and galvanized a generation. You resonated from the barbershops to the airwaves to the streets of every hood across America. Many of US did not know your name, nor did we truly understand the impact you would have on the world in the years, months and days that followed.

“As I reflect, I am filled with gratitude, outrage, grief, anger, humility and appreciation, both for the things you helped bring to light and the many things we still have yet to realize.

“For years you fought to keep this nation from the very thing we have now become.

“For years, many of US failed you because, as I’ve said before, we were not all ready for the change you wanted to bring about.

“Not only did you impact a nation, but you defined a culture and you shook up and woke up a generation.

“A generation that unfortunately fears more than ever being further wounded, overlooked, abused, neglected and having to fight for what we now understand is not such a basic right and that is the plight for equality and basic human dignity.

“While many of US act like this is something new, those of US who have been fighting, marching and writing about it know that inequality, hatred and bigotry has crippled and silenced US for a very long time. Although we are wounded, don’t count US out of the fight.

“We thank you for helping US face and focus on the very issues that plague our communities and diminishes US all. While I, too, responsibly admit to engaging in the behaviors that further perpetuates the negative stigma in our communities, I wanted to thank you for looking beyond our shortcomings.

“As I reflect back on my teenage years when I heard my favorite rapper and person, Tupac Shakur, tell me we weren’t ready for a black president, leaving me in nodding in agreement until you brought US the audacity of hope and reminded US that yes we can.

“As you transition out of office, we continue to watch you carry out your final agenda with precision, integrity and purpose. That is what we will remember as signature Obama.

“For every one of US who has been touched by you and tasked with a choice between finding a way or walking away, I say we can and must do more.

“We cannot afford to live in a prolonged state of grief, but must remember that we have no choice but to dust ourselves off, wipe off our wounds and move beyond this barren state of shock.

“We will forever be grateful to you and your family, the graceful intelligent compassionate first lady, Mrs. Obama, as well as your beautiful daughters Sasha and Malia for their collective sacrifices for US. WE will continue to stand with you and alongside those who make a personal investment in US. We will continue to remain committed to causes that are bigger than ourselves. We will continue to remind ourselves that, Yes, We still can!”