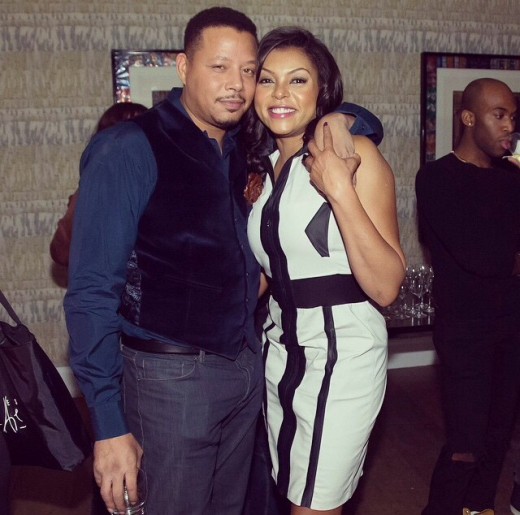 I just watched the promo for Fox’s forthcoming musical drama “Empire” and I must say it is quite intriguing! The show comes from the mind of Lee Daniels, the director behind “The Butler” and is centered around Terrence Howard’s character, Lucious Lyons, a legend in hip-hop as an artist and CEO of “Empire Records.” Lyons is struggling with keeping his company successful and in the family by passing it on to only one of his 3 sons played by Trai Byers, Bryshere Y. Gray, and Jussie Smollett.

Lyons makes the choice to pass the torch after learning that he has a terminal illness. To further complicate things, his ex-wife Cookie (Taraji P. Henson) has just been released from prison after having served 17 years and is demanding her “piece of the pie.” The promo alludes to a great deal of drama and competition between the sons and Cookie, as they all do what they can to get what they feel they deserve.

At a recent screening of the pilot for the upcoming series, Daniels told The Source that working with Henson and Howard is “just so magical” and also says that he got the help of music super producer, Timbaland to create just the right soundtrack for the show.

I am SO looking forward to seeing if ‘Empire’ lives up to the current hype surrounding it! The new series will premiere in January 2015. In the meantime, check out the promo here: