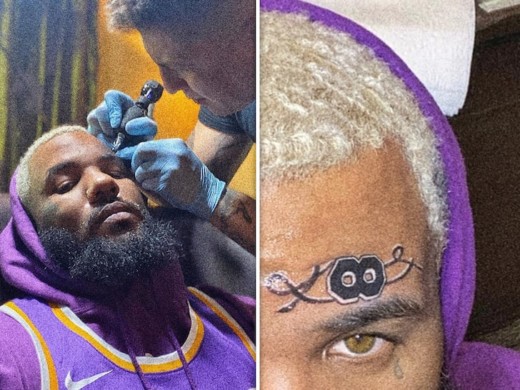 Game — who is still grappling with the loss of the L.A. icon — has also planned a song to honor Bryant and has worn his jerseys during his current tour.

The Compton native is no stranger to face tattoos — he had a butterfly on his left cheek before covering it with an L.A.-inspired piece. He also has a tear drop under his right eye.

Game hit up Dark Ink Gallery in Glasgow … just hours before his show at O2 Academy in LA. Source TMZ

NBA superstars LeBron James and Anthony Davis put permanent art on their bodies in honor of Bryant … with LBJ getting a snake with Kobe’s numbers and “Mamba 4 Life” underneath it.

Nene Leakes appears to share some ideas comments about Shereé Whitfield during a recent video on her YouTube channel. The Real Housewives of Atlanta cast...
Read more
Music Video

Yesterday on of my new favorite artist Doja Cat, drop her new video "Say SO," check it out and tell me what you think?...
Read more
Celebrity Gossip