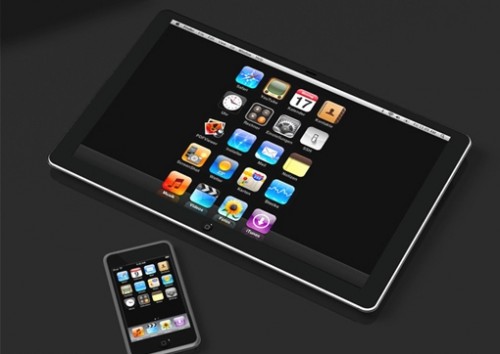 Itâ€™s been months since the rumors of an impending Apple tablet Mac circulated. A lot of people speculated on how it will look like â€“ an oversized iPhone or iPod Touch.

Rumors have run wild that Apple will introduce its much anticipated 10-inch touchscreen tablet in a special event later this month. The Wall Street Journal, who has accurately leaked Apple news in the past claims the event will be held Jan. 27. The WSJ added that the tablet would be announced this month and begin shipping in March.

Looks like Apple is bout to shake the game up once again.