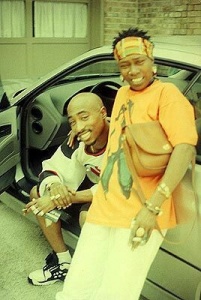 They say that when one fallen angel goes and is attached to an angel who still resides on earth it’s only a matter of time before God comes back for the other one. This morning it was reported that 2 pac’s mother, Afeni Shakur died at the age 69 late last night, possibly from a heart attack. 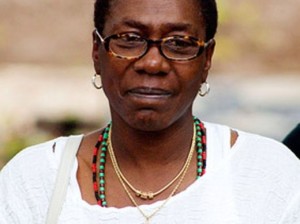 She went into cardiac arrest and was rushed to the hospital where she was then pronounced dead at 10:28pm. Afeni was a philanthropist and was very active in her community. She stayed persistent in participating with her foundation: Tupac Amaru Shakur, in remembrance of her son’s death. 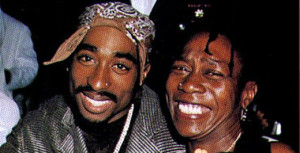 She was also a member of Black Panther and defended herself many times in court against accusations of reported bombings. It’s so sad when you lose your mom, right? I can only imagine being a parent and losing a child before I leave this earth, it’s like a parent’s worst nightmare. Her legacy and great work on this earth will not go in vain. There are many supporters of her son and I know they will be more than honored to continue to carry out all of her wishes in her son’s name. They are now in paradise together and, oh, what a beautiful feeling it must be to hold her baby boy again!