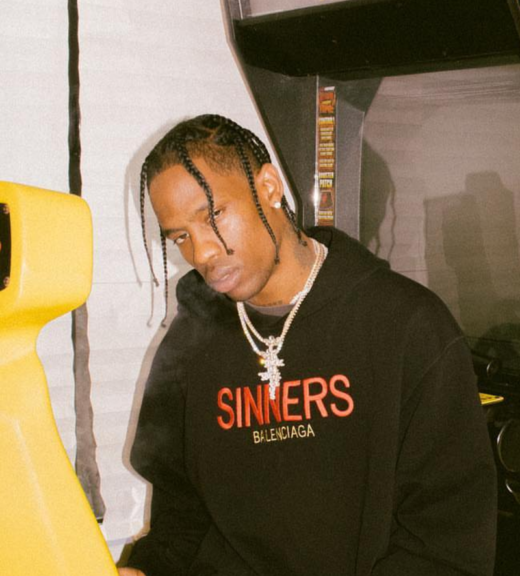 Travis Scott wants his fans to share in his big moment. In celebration of his third album, “Astroworld,” debuting at No. 1 on the Billboard charts, Kylie Jenner’s beau, 26, gave $100,000 via Cash App to select fans who tweeted lyrics from the album at him.

“SO I KNOW ITS HARD FOR THE KIDS,” he tweeted Tuesday evening. “SO I DECIDED TO UNLOAD MY BANK ACCOUNT ON U GUYS. IM BUSTING DOWN $100,000 AND GIVING AWAY TO ANY FANS THAT CAN TWEET ME THERE CASH TAG WITH LYRICS FROM ASTRO. GANG !!”

SO I KNOW ITS HARD FOR THE KIDS
SO I DECIDED TO UNLOAD MY BANK ACCOUNT ON U GUYS. IM BUSTING DOWN $100,000 AND GIVING AWAY TO ANY FANS THAT CAN TWEET ME THERE CASH TAG WITH LYRICS FROM ASTRO. GANG !! pic.twitter.com/7o3KlxnTm2

Between then and Wednesday morning, the rapper picked dozens of fans at random and deposited between $50 and $1,000 into their accounts.

One particularly lucky fan could barely contain his excitement upon receiving a grand from Scott and took a break from yelling “brooooo!” to ask his friends if he should quit his job at Target (they said no).

The giveaway isn’t the only way the rapper has celebrated the release of “Astroworld.” Last week he announced the Astroworld Festival, which will be held in his native Houston in October.

But the album’s release hasn’t been without controversy. Days before its drop, Scott was accused of transphobia after it came out that Amanda Lepore had been excluded from the final version of the album’s “Night” cover, even though she had originally been part of the photograph.

Sources close to the rapper claimed to TMZ he never even knew Lepore was in the photo since she had been edited out of it by the time photographer David LaChapelle showed it to Scott.