Tyrese Hosts Benefit Concert In L.A. ‘For Our Girls Of Nigeria’ 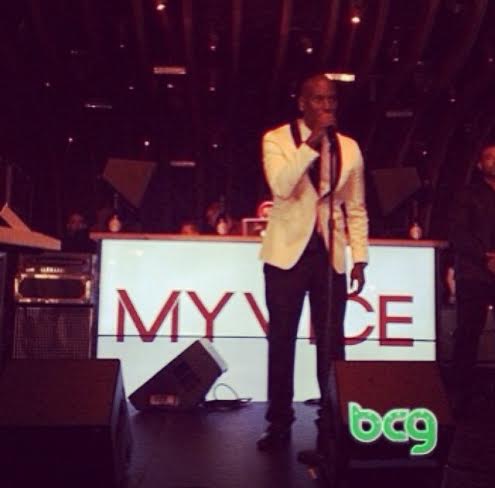 The big homie Tyrese Gibson hosted a benefit concert on Friday night (May 30) to raise awareness of the mass kidnapping of 276 Nigerian schoolgirls that have left the world stunned and filled with dismay.

Tyrese used his celebrity to bring awareness about the young school girls kidnapped. The event titled “For Our Girls Of Nigeria” the concert, which was held at 1Oak in Los Angeles, raised money through partners including UNICEF and AfrikaFifty6 to send to the parents of the missing girls in a gesture of support and awareness.

With appearances by Ludacris, Vin Diesel, Mario, Matt Barnes and Angela Simmons, “For Our Girls” was attended by some of Hollywood’s biggest stars. The legendary Stevie Wonder also came to the event, and offered a few words to the Boko Haram group responsible for the kidnapping, which was shared via Tyrese’s Facebook page. Stevie Wonder had the following to say,

“Any group that represents that they are of God or of Allah, and takes a position that desecrates the very essence of what Allah and God is about, whatever religion you are, is completely unacceptable,” he said. “And any man who decides he wants to take a position by harming young children is a weak piece of shit.”

The night was star studded with Stevie Wonder performing his classic “My Cherie Amour” for the audience. Tyrese, Ginuwine and Tank (collectively TGT), Diggy Simmons, and others took to the stage to perform and help raise $50,000 for the cause. Tyrese took to instagram with the following message,

Bring Back Our Girls!