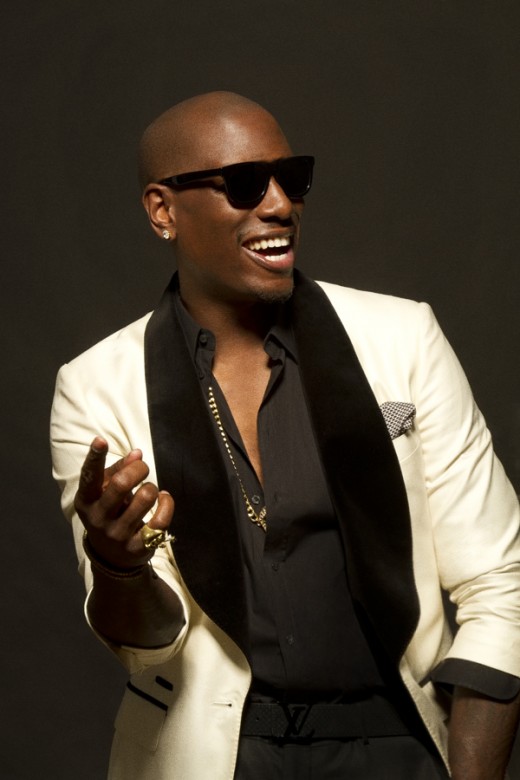 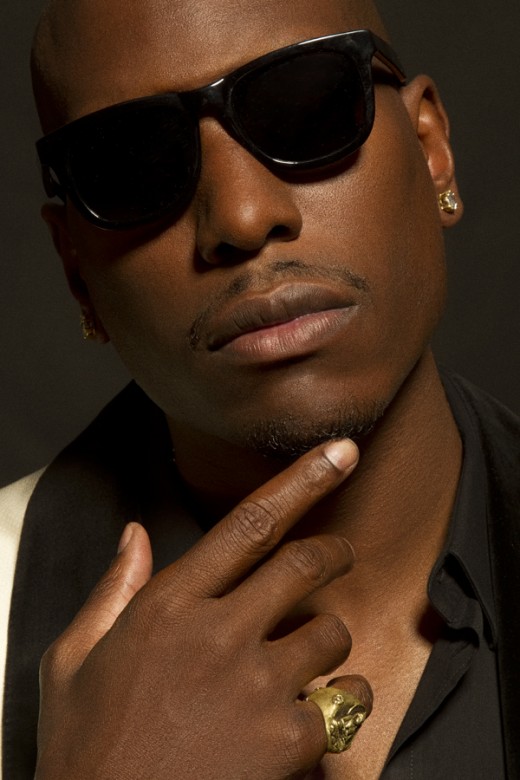 During a virtual press day for media outlets around the world, Tyrese Gibson gave an in-depth look into his latest works “Furious 7” and “Black Rose” while sharing personal stories. He spoke candidly on love, brotherhood, career and his desire to motivate others. Gibson held nothing back during the conference. He needed us to see what he has seen and he currently sees, even if it was for a few hours.

Gibson brought us five solo albums with hits such as “Sweet Lady” and “Signs of Love Makin’.” However, he switched it up in 2007 when he teamed up with R&B sensations and close friends, Tank and Ginuwine, to form the super group TGT. The trio released their first album, “Three Kings” in August of 2013. Since then Gibson has been on tour with them and focusing on his acting career.

In spring of 2013, Gibson announced that he would release his final solo album and his third book both entitled “Black Rose.”

I created what I like to call a ‘Black Rose Universe’ and this is my last solo album. We all know that the music business is a very different music business and even though I am independent, it cost me that much more money to be an independent label because nothing is free. Everything you do, every move you make, every singer you drop…I am literally paying for everything. I just landed 50/50 joint and legal custody of my baby Shayla who is seven. And so the pickups and drops off at school and just all of the daddy duties that’s associated with that I have to make sure that if I leave my house it is worth it. And so all of that is a part of the motivation for me saying ‘this is my last solo album.’ Now, will I still sing? Yes, but I am not doing anymore albums, this is it. So, with that being said ‘Black Rose’ is a universe that I created. It is a double album, one whole side is R&B and the other side is me rapping – Black Ty. And it’s going to be a total of about twenty songs, ten on each album including some interludes, and everything I am doing is a story. So I be doing dumb sh** and I am ashamed of it, but I’ll be waiting on you because your love is unbelievable. So, those are the singles that I have in mind back to back and those are the titles. So, ‘Dumb Sh**’ is the first single featuring Snoop. ‘Dumb Sh**’ featuring Snoop is an honest record.

Gibson compared “Black Rose” to Usher’s widely popular 2004 album “Confessions,” saying that this album will be both honest and uncomfortable. He will be airing some of his dirty laundry in his first single ‘Dumb Sh**’ featuring Snoop Dogg. He wants to come clean about the mistakes he made while in his previous relationship. The second single, “Shame,” features powerhouse vocalist Jennifer Hudson. Gibson breaks down the anatomy of the song and the accompanying short film saying that within it, “I am basically playing Ike Turner/Teddy Pendergrass/Marvin Gaye. So, basically this movie is in 1968. It is a period piece that is directed by the legendary Paul Hunter.” He explains that his character is abusive, on drugs, and struggling artist married to Hudson’s character. “It is not a music video,” Gibson clarifies. “It is a movie.” The visual for “Shame” will be a 23 minute musical short that Gibson eventually plans to submit to various movie festivals.

His book “Black Rose” is the follow-up to his first two books, “How to Get Out of Your Own Way” and “Manalogy: Secrets of Your Man’s Mind Revealed.” He said this will be his “rawest book ever.” Gibson will release an audio version of the book, which will feature instrumentals from his album.

In addition to his album and book, he is also releasing a documentary giving fans a look into the making of “Black Rose.” He brought together 19 singers, writers, and producers in a mansion in Arizona to work on “Black Rose.” Call it “The Real World” meets the music industry.

We laughed, we had the time of our life. It was a lot of pressure because we had a lot of egos in one house on a creative level and we did 146 records in 34 days.

Gibson’s upcoming film “Furious 7” is the last installment in “The Fast & The Furious” franchise. The film will hit theatres everywhere April 3rd featuring the original cast – Paul Walker, Gibson, Vin Diesel, Michelle Rodriguez, and Jordana Brewster. Unfortunately, the cast suffered a devastating blow with the untimely death of their brother and friend, Paul Walker. Filming for “Furious 7” was still going on at the time and Walker had already filmed about 85% of the movie. With the help of Walker’s brothers and shots from unused scenes, they were able to finish out his parts. Gibson informed us that as of now, talk of an eighth movie is not in the works.

We are completely focused and respectful of this being Paul’s last movie. And if you will notice at the end of ‘Furious 7,’ normally the last four and five of them, they’re cliffhangers. On this one we end it with just a tribute that is beyond well-deserved and well done on behalf of our angel and brother Paul Walker.

Gibson described how his birthday trip to Dubai was helpful in his healing process. “I did not realize how sad I was until I went to Dubai. I found closure there.” He expressed how welcoming the people in Dubai were and how everyone should go there at least one time in their life.

Outside of his music and acting career, Gibson has become the voice of inspiration for millions everywhere. He has posted countless videos on social media spreading words of wisdom to all of his viewers. “Here is the thing, for me I have this feeling…what else is my life and career about other than be able to pass on insightful information that can help someone else become successful?” The “Stay” singer believes that people are addicted to the likes, shares, views, and clicks on their social media pages. However, instead focusing on those kinds of numbers he focuses on how many people he can reach.

You know my Facebook page every month has 1.2 billion hits a month and I only have 23 million followers. 1.2 billion are the amount of the eyeballs that view my content that I upload on my Facebook. Anybody else would look at those numbers and become arrogant or egotistical about it, and in my mind I have 1.2 billion souls and spirits and hearts that I can reach with a motivational and inspirational message. So in my mind I feel very blessed that this is the stage that God has blessed me with and I am able to use to motivate and inspire a lot of people.

The double album “Black Rose” is expected to drop July 7 of this year. Gibson is extremely excited for future projects and allowing the world to say its final goodbyes to a fallen friend. Besides all of his upcoming projects, Gibson focuses on being the best father he can be for his daughter. 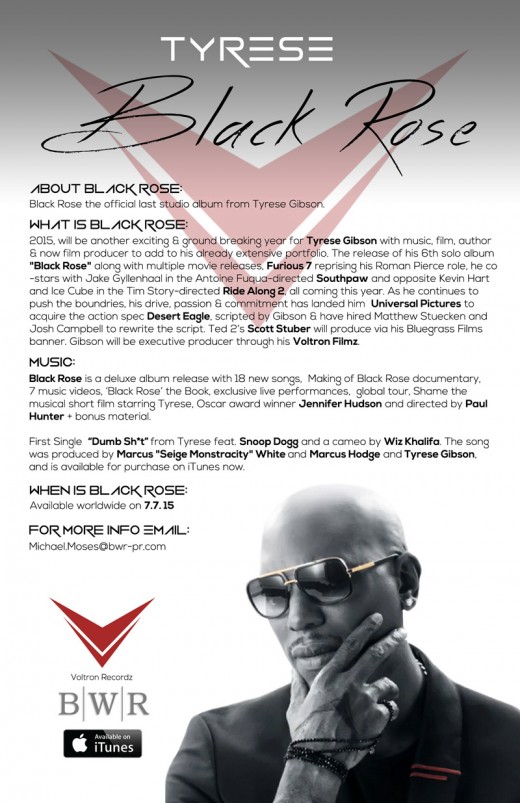 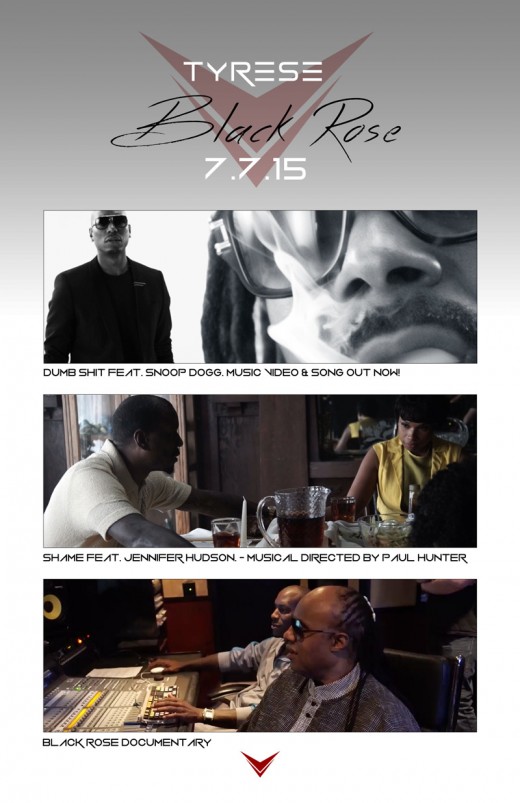