VH1’s “The Breaks” SuperTrailer And Photos 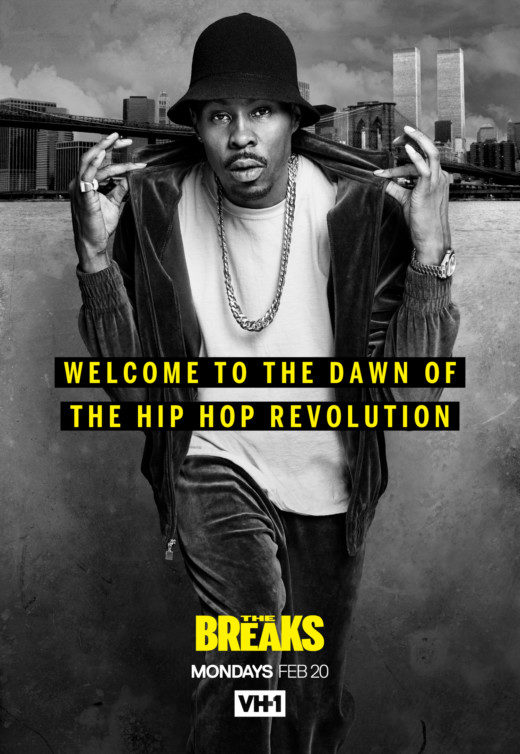 Inspired by Dan Charnas’s critically acclaimed book The Big Payback: The History of the Business of Hip-Hop, an epic, 40-year narrative of the executives, entrepreneurs, hustlers and handlers who turned rap music into the world’s predominant pop culture, “The Breaks” chronicles the journey of three young friends exploring the hip hop industry in 1990 New York City as they experience triumphs and heartbreak in an attempt to make their mark on a new and booming culture.

In the world of “The Breaks,” locations range from record companies and radio stations to the projects of Brooklyn and the streets of Harlem. The show visits the center of the hip-hop universe, the New Music Seminar — where West Coast artists like Ice Cube and Tupac first came east and classic DJ and MC battles were held — and even takes a trip into the alternate universe of New Jack Swing. There are several portrayals of real artists from the era like Special Ed and Keith Sweat as well as cameos by music artists in acting roles like Method Man and Teyana Taylor. The original music is produced by DJ Premier with lyrics by Phonte Coleman who spent countless hours working with our actors, rehearsing, recording, and coaching performance on set.