[Video] Facebook Is Shutting Down “Cover” Videos, Which Has Launched Many Music Careers 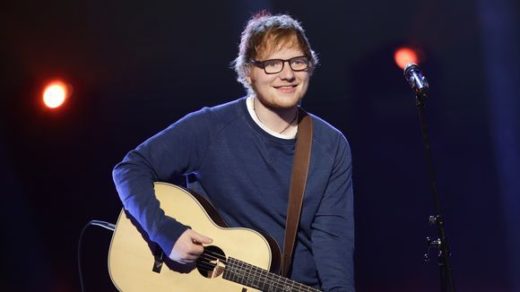 Charlotte Campbell posted a video on YouTube about how Facebook suspended her for three days after posting a snippet of a Sheeran cover song. That got the attention of Sheeran, who apologized.

But on Facebook, posting covers isn’t as easy. Because the social network doesn’t have licenses with music companies, it has been taking down members’ videos, or worse, suspending their accounts.

Digital Music News described the situation in which Sheeran fans find they’re in hot water with Facebook, and blame not the social network, but the artist.

In her video, Campbell described the pain of going three days without her account, and notes that Facebook told her that if she posted another cover video, “they will delete my account.”

Sheeran wrote her on Facebook to apologize and urge her to keep it up.

The ban “definitely has nothing to do with me,” says Sheeran, who got his start posting songs on MySpace, and currently has the number one album on Billboard, his latest, “Divide.”

Sheeran blamed the snafu on on his record label, Warner Music. “I bloody love seeing people cover my songs.”

Facebook didn’t have much to say. The company says it’s in talks with the music industry to resolve these types of situations. “We’re also working with the industry and continuing to explore solutions that may not result in the content being removed,” the company said in a statement.

(I should mention that I often perform my own covers of songs on Facebook, but my guitar renditions apparently sound so unlike the original that the computer bots aren’t on to me yet. I’ve never received any takedown notices, but that says more about the way I perform the songs than my luck with Facebook.)

For those of you who might be more faithful to the original, there aren’t a lot of great solutions for you if you’re dead-set on posting to Facebook. Posting videos directly to Facebook will get you more traffic than putting a YouTube video on your page because Facebook rewards direct uploads with more eyeballs. But the embed will get your video to your followers, and YouTube will handle the copyright issues.