WATCH: #Undrafted a DocuSeries Powered by the NFL Network! 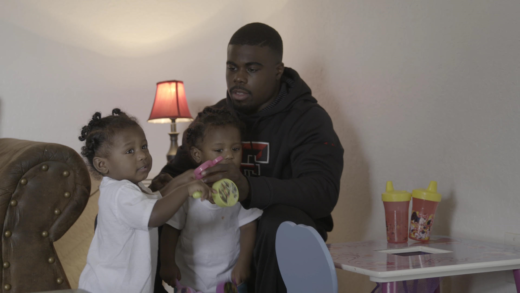 Football Season is in full effect and everybody is getting their fix in as an Atlanta Falcons Fan I am enjoying the season immensely. The good peeps over at the NFL channel has a dope series for football enthusiasts called Undrafted. This docuseries takes NFL fans behind the scenes and show us the struggle of up and coming professional football players attempting to make one of the teams. Life gets REAL on Undrafted! Ihad the opportunity to sit down and chat with some of the content creators behind the series and it’s DOPE!

Check out the detail after the break.

Every year, thousands of college football players leave school with dreams of a career in the National Football League you know the NFL. Of those thousands, 256 players are selected in the NFL Draft. The remaining – the Undrafted – must convince coaches, executives, and the pro football community that they deserve a coveted roster spot on an NFL team.

Undrafted goes inside the lives and tells the inspirational stories of these athletes as they try to fulfill their professional football dreams. The series follows the players – on and off-the-field- as they prepare and perform in the NFL’s Regional Combines (an alternative showcase for lesser-known college players) and their schools’ respective Pro days. These events that have taken on greater importance in recent years as numerous Undrafted players — including Super Bowl XLIX hero Malcolm Butler (New England Patriots) — have earned important roles on pro rosters.

In its first season in 2014, Undrafted was nominated for a Sports Emmy in the prestigious “Best Documentary Series” category.

Be sure to tune in to Undrafted tonight on the NFL Network at 8pm est!