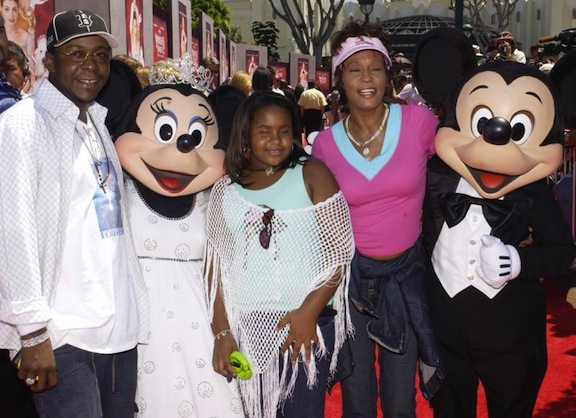 The National Enquirer is reporting that Whitney Houston and Bobby Brown’s 17-year-old daughter, Bobbi Kristina, has begun partying so hard that her parents – who have publicly struggled with serious addiction problems themselves – have attempted to stage an intervention, as a way to prevent her from making the same mistakes that they did! I really hope they can help her cause she be cutting a fool from what I have been told and does it all!!!

â€œWhitney and Bobby sat Bobbi Kristina down and read her the riot act. They brought in counselors and theyâ€™re trying to drum into her that because of their problems, sheâ€™s genetically predisposed to alcoholism and drug addiction. Theyâ€™ll do anything to spare Bobbi Kristina from the substance abuse hell theyâ€™ve both experienced. Whitney and Bobby are torn because they donâ€™t want to alienate their daughter and overact, but they realize sheâ€™s at risk for serious addiction problems, just like them. Theyâ€™re dealing with these issues as a family, and theyâ€™re praying itâ€™s not too late to get Bobbi Kristina back on track.â€