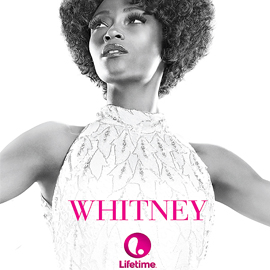 Some of the family members of incredible singer Whitney Houston are not pleased with this weekend’s premiere airing of ‘Whitney,’ Lifetime’s biopic about the embattled vocalist’s life and have spoken out against it.

Here are the details….

This weekend’s premiere of Lifetime’s ‘Whitney’ biopic was met with much criticism and praise. However, it seems that most of the criticism is coming from the sister-in-law and president of the estate of singer Whitney Houston, Pat Houston.

Before Saturday night’s premiere, Houston composed an extensive letter posted on the singer’s official website that heavily criticized the Lifetime network and the film’s director, Angela Bassett. Read the entire write up below and be share to post your comments about this, especially if you were one of the nearly 4.5 million people who tuned in to the television movie:

“My daughter came home from high school yesterday and shared with me inquiries she had endured from her peers and teachers about the upcoming TV movie about her aunt Whitney. She was somewhat exasperated and said she did not get it – that a woman who claimed to be her aunt’s friend would direct a movie that seems so unloving towards her Aunt, and how it could affect her cousin Krissi. I share with you the thoughts I shared with my daughter yesterday – that there is often a fine line that separates elevation and degradation in the industry. What lifts up one person in the headlines may in fact destroy another. I don’t think it ever entered their minds that they were assaulting the legacy of another individual; they just want the job or the opportunity to shine. But to do so in such an incredible way, to go after someone who cannot correct what you get wrong, someone who – like so many people, and especially women – struggled to hold up their humanity and live with dignity despite their personal challenges, is wrong.

It is easy to turn a blind eye to other people if you’re not careful. But the needs of Whitney’s family matter. We have dealt with her every emotion from the day she was born until the day she died, which gives us absolute position and absolute authority as a family to feel the way we do about her legacy. We matter. We’re still here. Why wasn’t there a call to myself, Gary, Cissy or even her daughter? Why deny selected members of the family an advanced copy of the film? As we once again enter a season of bereavement and the strategic timing so close to the anniversary of Whitney’s death, this is a disappointment that any of us who loved her could do without. This creative pursuit at the expense of the integrity of such an iconic woman, who is voiceless today, reeks of condemnation and deceit. It reeks of enslavement to an industry that will likely do the same to you one day. As my grandmother used to say, ‘Keep living.’

I say this to all Whitney’s family, friends and fan base: If you watch this movie, watch it knowing that Lifetime is notorious for making bad biopics of deceased celebrities and brace yourself for the worst. You should not be surprised that someone decided to do a made for TV biopic. And, I might add, without the family’s blessing and despite her mother’s request to not do this movie. It happens every day. But misrepresenting the term friendship to advance an agenda is not only disrespectful and dishonest but a slap in the face to her true and loyal friends. You should expect people will always rise to the occasion for prominence and profit – not love, respect or honor. I question the morality of the making of this because of the lack of experience knowing Whitney’s life. Never would Whitney allow her story to be told by an inexperienced team and how naive of anyone to think otherwise, unless you’re caught up in illusions of grandeur that you can just do anything and people will accept it. This made for TV movie is certainly not a trailer to Whitney’s life story.

God gave us a gift in Whitney and she gave us her best, despite what stories are told. We will wear a breastplate of armor for Whitney and that’s what friends are for. In the spirit of Whitney’s ‘I Go To The Rock’: ‘On Christ the solid rock I stand… all other ground is sinking sand.’ Let’s just be peaceful in all of this.

Truth is violated by silence just as much as by a lie.”