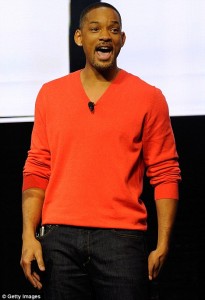 Nickelodeon has recruited one of Hollywood’s biggest stars to host the 25th installment of their Kids’ Choice Awards. Crunktastical revealed Â that Will Smith will be leading this year’s ceremony.

Will, who has ten Kids’ Choice Awards of his own, says he’s “honored” to have the gig, noting that the event is “always the year’s liveliest, slimiest and most outrageous party for kids and teens.”

The 25th annual Kids’ Choice Awards will take place on March 31st at the Galen Center in Los Angeles. The ceremony will air live on Nickelodeon.

Will Smith will return to theaters later this year for the third installment in the “Men in Black” franchise. “Men in Black Three” is set to debut on May 25th. Will Smith appeared at the 2012 Consumer Electronics Show in Las Vegas the other night without his wedding band.