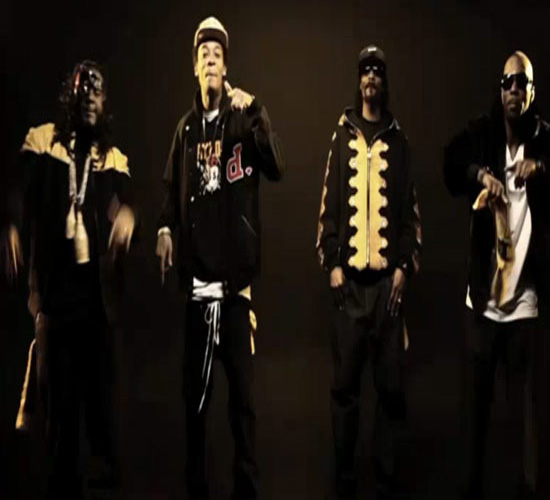 After success of his hit single, “Black and Yellow,” Wiz Khalifa called on a few vets in the game to jump on its official remix — including Snoop Dogg, Three 6 Mafia’s Juicy J, and T-Pain — and now, has released a music video for the remix. The video is after the jump
In the clip, the Pittsburgh rapper and featured artist spit their verses in front of a plain background while each are decked out in black and yellow gear. A few models are thrown in for good measure.