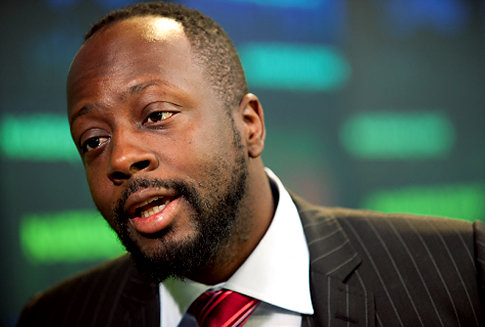 Hip-hop star Wyclef Jean urged supporters to respond “peacefully and responsibly” to a Haiti provisional electoral council ruling that he is not eligible to run as a presidential candidate in the Nov. 28 election. Singer-songwriter Jean, 40, an international celebrity who is popular in his impoverished and earthquake-ravaged homeland, was left off the list of approved candidates published by the council. Council spokesman Richard Dumel said election officials accepted 19 candidacies and rejected 15 others. Jean’s candidacy was turned down because he did not meet the residency requirement of having lived in Haiti for five years before the election.Jean said in a blog posted at The Huffington Post: “Though I disagree with the ruling, I respectfully accept the committee’s final decision, and I urge my supporters to do the same.” He urged supporters to respond “peacefully and responsibly to this disappointment.””Ultimately, we must respect the rule of law in order for our island to become the great nation we all aspire for it to be,” he said. What do you all think about that?
Another post by Courtney L.
Source: MSNBC-