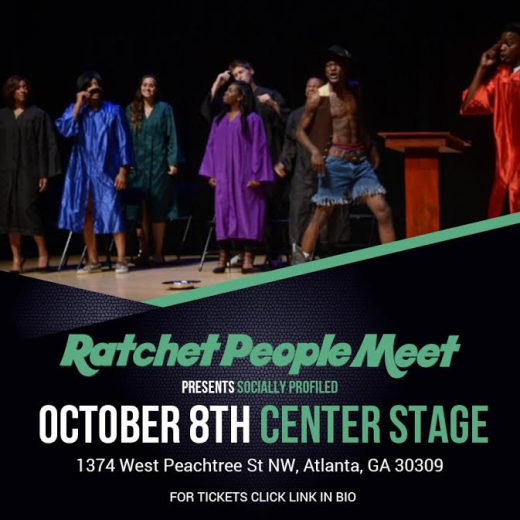 It’s going down tonight thanks to the good people over at Archive Entertainment, Ratchet People Meet, and The Donald Group as they present the second installment of the wildly popular SOCIALLY PROFILED, a high energy, gut busting sketch comedy show at Atlanta’s Center Stage.

SOCIALLY PROFILED combines a hilarious mix of today’s up-and-coming comics presented in the vein of “In Living Color,” the “Chapelle Show,” and “Key and Peele.” The show takes place this Thursday, October 8th at Centerstage located at 1374 W Peachtree St NW, Atlanta, GA 30309  and will feature the world’s most popular social media influencers including DC YoungFly, Emmanuel Hudson, Navv Greene, and a few special guests with a combined social reach of more than ten million followers.

As you know the funny men and women of Archive Entertainment is the face of new comedy and we have the awesome treat of having them right in the ATL. If you enjoy a good laugh and want to get your party on this BET weekend this is the place to be!

It’s not to late to get your tickets today!

First it was the police killing people now we are killing our own. According to 11alive reports, Atlanta police were busy investing multiple shooting...
Read more
Celebrity Events