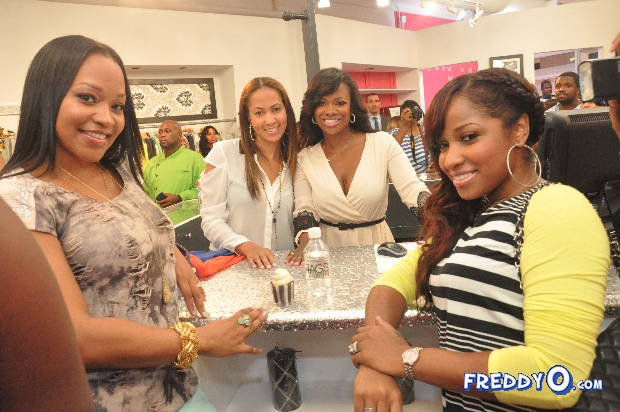 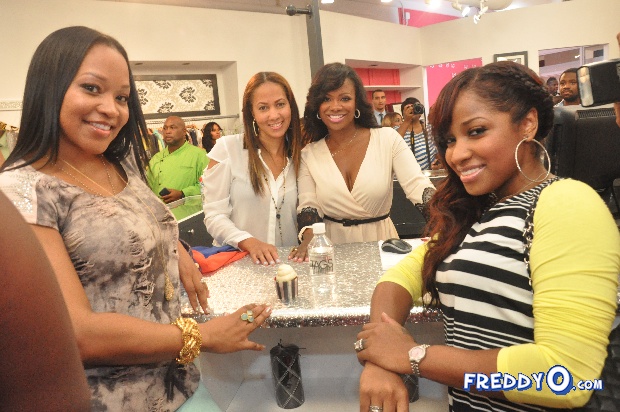 Kandi, Toya and Monnyetta Shaw pose inside the second location of the clothing boutique “Tags”.Â Over the weekend Kandi and best friend Peaches had a lot to celebrate. The duo held an event for Â the Grand Opening of their Buckhead loction and it brought out a rack of friends and fans! 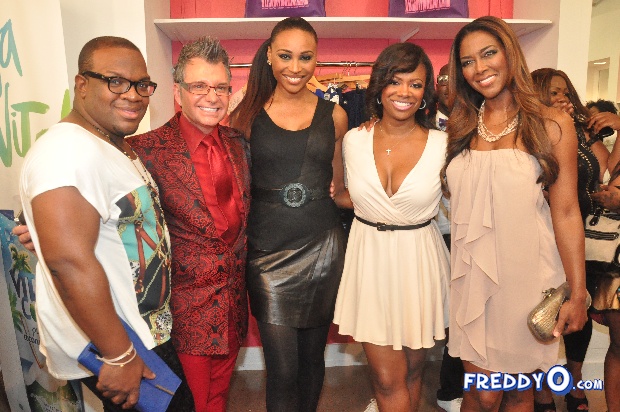 Derek J (celebrity hairstylist), …..Â Among other attendees included two â€œReal Housewives of Atlantaâ€ model Cynthia Bailey (and her husband Peter), and new cast member as well as fellow model Kenya Moore. I couldnâ€™t hear what they were saying in the end of the party, but there appeared to be no gratuitous cat fighting. 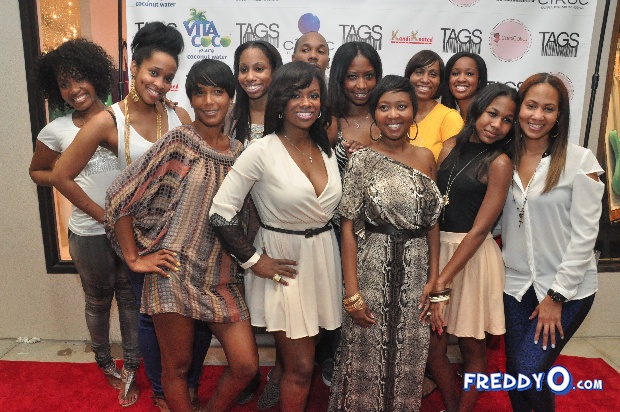 Kandi posed with a group of friends and fans on the red carpet….. 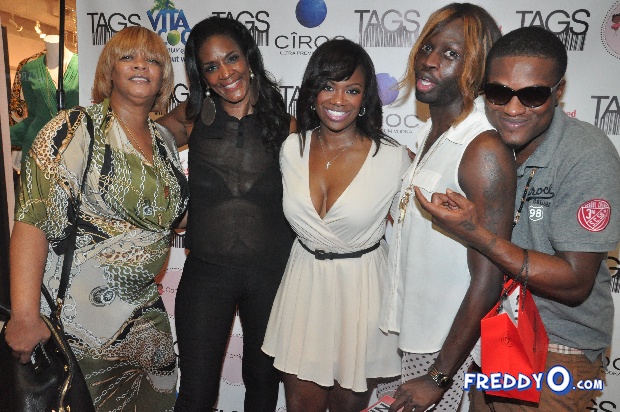 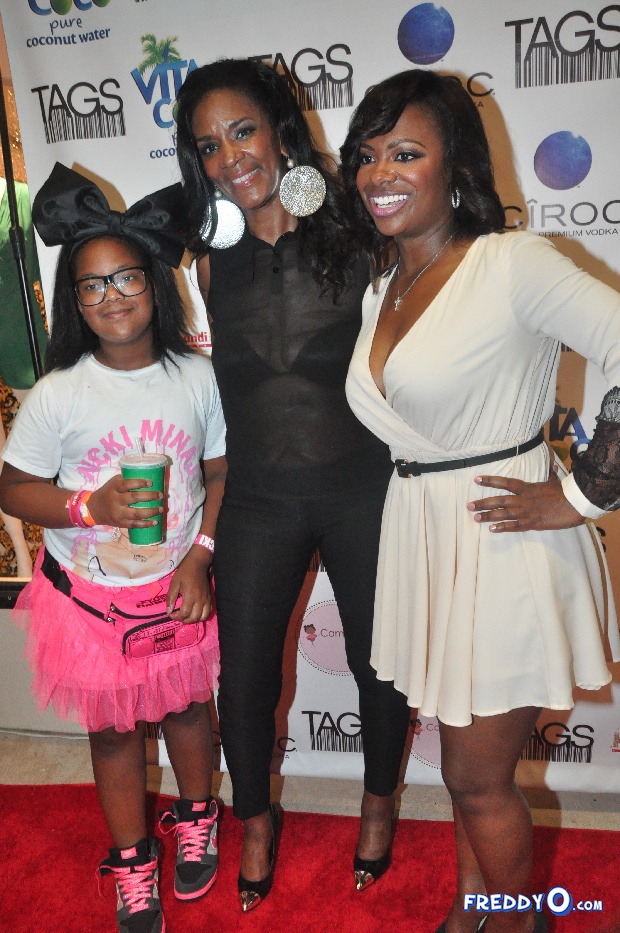 Love and Hip-Hop Atlanta’s Mama D. took a photo on the red carpet with Kandi and her Daughter 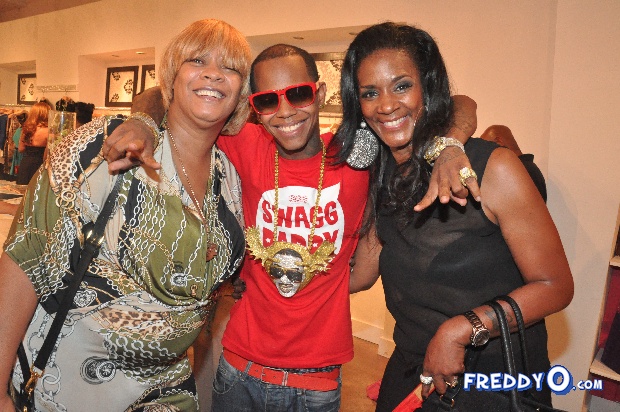 Debra Antney,Â Baby D, Mamma D. stopped to pose for a pic inside. 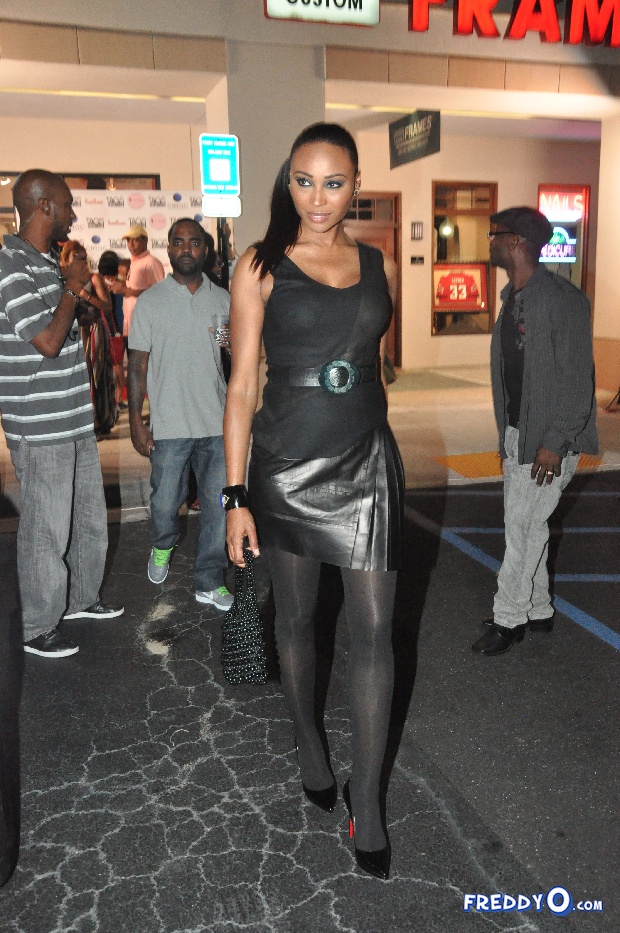 Cynthia Bailey showed up at the store opening looking spectacular in all black as onlookers watched as she entered the event. 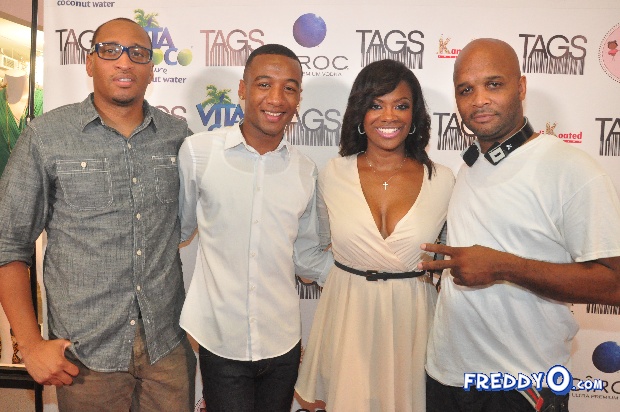 The Cast of The Kandi Factory (Bravo) was also at the grand opening.
From Left To Right: Kwame Waters, Victor Jackson, Kandi and Don Vito

Born and raised in Atlanta, Georgia, SSX PESO decided to get into the music industry after coming home from a 24-month stretch in February...
Read more
Celebrity Photos