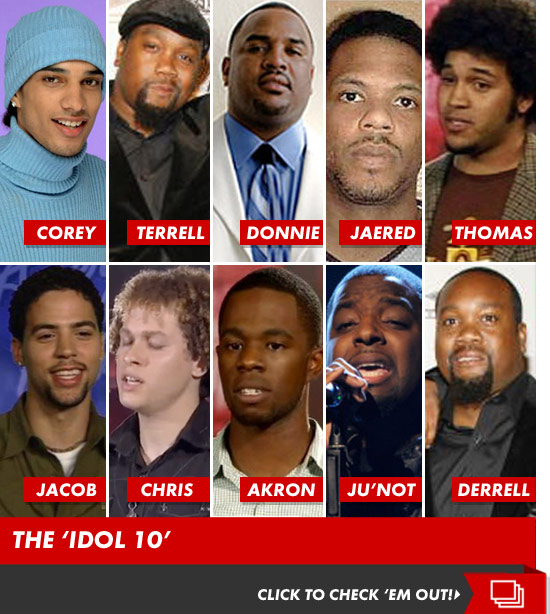 Check out the alleged discrimination and claims of racism after the break!
Ten former “American Idol” contestants from various seasons have filed a lawsuit against the show, claiming they were unjustly booted because of their race … and they EACH want a minimum of $25 million. WHAT?????

The black contestants have accused producers of conducting a “cruel and inhumane” scheme to exploit them for ratings by illegally digging up their arrest histories and using the records to humiliate them on national TV.

The contestants’ lawyer claims the show used the arrest info to make his clients appear to be “violent criminals, liars and sexual deviants”  traits that are untrue and harmful. Also the ten were never convicted of the charges stemming from their arrests.

The lawyer claims ONLY black people were ever probed about their alleged criminal pasts. This probe did not extend to the white contestants.

Not only do the contestants feel they got the shaft, they claim their lives have been ruined by the show’s racist portrayals.

The 10 are suing for discrimination and other alleged misdeeds.  They also want Idol to adopt new anti-racism regulations.

Representatives of Fox had no comments.

Wow, what do you think about “American Idol” alleged discriminatory practices?