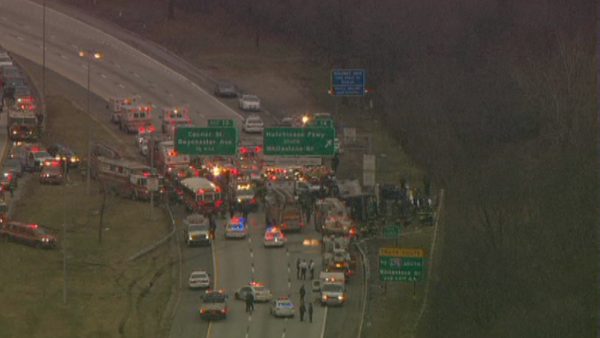 According to ABC7 News, officials say 13 people have died in a tour bus accident in the Bronx.Â Â The driver, the accident was triggered by a close encounter with a tractor trailer as the two vehicles were entering the city at 5:35 a.m. The bus was in one lane. The truck was in the lane to its left. 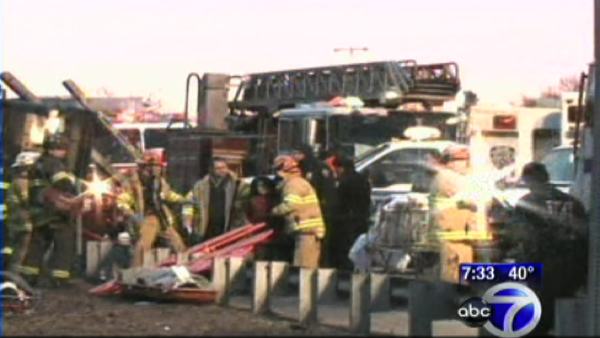 New York Police Commissioner Raymond Kelly said they are looking for the truck.”The truck either starts to swerve or perhaps even hits the bus,” Kelly said. He said both vehicles were moving at “a significant rate of speed.” 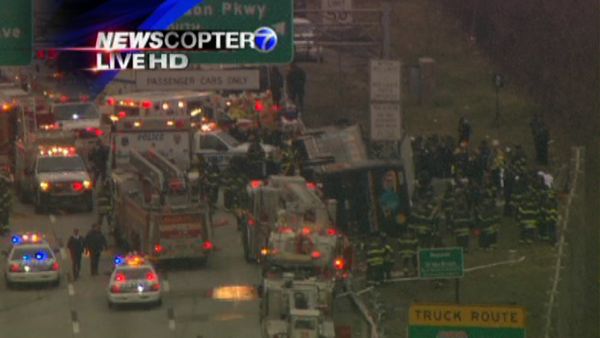 As the bus took evasive action, it hit a guard rail, scraped along it for 300 feet, toppled and crashed into the support post for a highway sign indicating the exit for the Hutchinson Parkway. 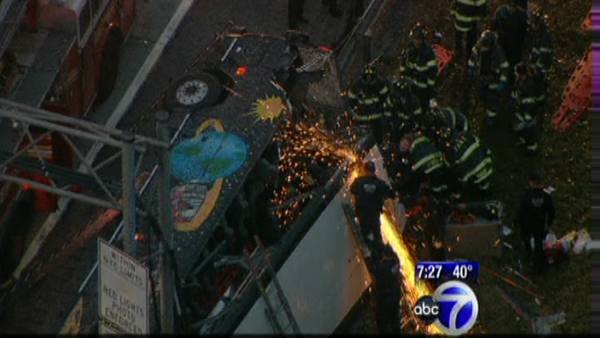 The pole entered through the front window, then sheared the bus from front to back along the window line, cutting like a knife through the seating area and peeling the roof off all the way to the back tires. 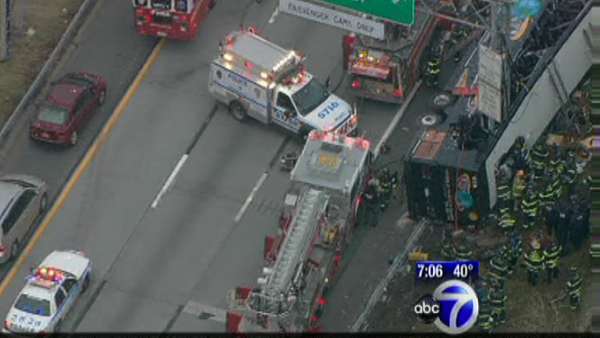 Let’s continue to send out our condolences to the victims of the tragic event.