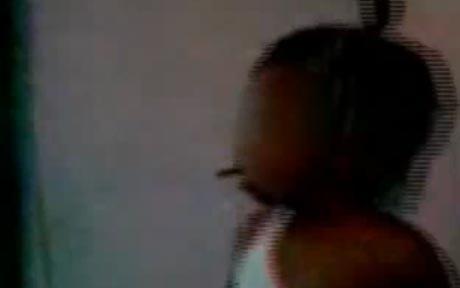 (9/17/2010) The 2-year-old girl, with her too-big tank top slipping off of her left shoulder, stands and watches television as she puts a joint to her lips and takes a puff before waving her arm to fan away smoke and continuing to puff on the marijuana cigarette. The scene was caught on video using the motherâ€™s cell phone â€“ shot by the mother, a Hamilton County indictment Wednesday charges. See video below!!Jessica Gamble, 21, of Springfield Township, was indicted on three felonies â€“ corrupting another with drugs, child endangering and tampering with evidence â€“ that carry a maximum prison sentence of 11Â½ years. â€œItâ€™s beyond disgusting,â€ Hamilton County Prosecutor Joe Deters said of the video. â€œI would get very upset if I found out my 16-year-old daughter was drinking a beer.â€ Gamble is accused of making or encouraging her daughter to smoke the joint.” – Ohio News