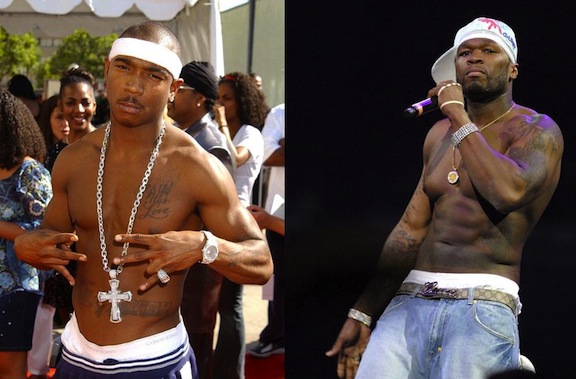 Well what do you know! Grown over grown rappers stirring up beef yet again. Yes! 50 Cent and Ja Rule are back at it. Really?

a Rule apparently failed to file a tax return between the years of 2004 and 2008. He now owes a staggering $1.1 million dollars to the government. With his previous sentence in mind, he could face up to 5 years in jail.

This headlining news was a perfect entrance for 50 Cent to initiate jabs at Ja Rule’s expense.

Review the petty arguing between the two (SMH):

“Lol RT @YouCantBSerious: JaRule pleads guilty to tax evasion aww this is the biggest headline for Ja since @50cent destroyed his career.”

“Donâ€™t nobody care about you fool. Go sit yo ass down hahaha.”

“These fools never play chess. I remind people how stupid they are before every project and they just bite the bait. LMAO”

@50cent “Donâ€™t worry about my tax issue there gonna pay that 1.1 milâ€¦ most of u ni**as canâ€™t pay your phone bill lmao #WINNING STILL”

This isnâ€™t the first time 50 Cent has tweeted about Jaâ€™s unfortunate series of events; last year when it became public that Ja Rule would be facing jail time, 50 tweeted:

â€œYou word to my mother if anybody knock jah out and f**k him in jail its gonna be on. Lolâ€

Everybody please pay this beef no attention its a shame they are always bickering about petty ISH that has nothing to do with one another.