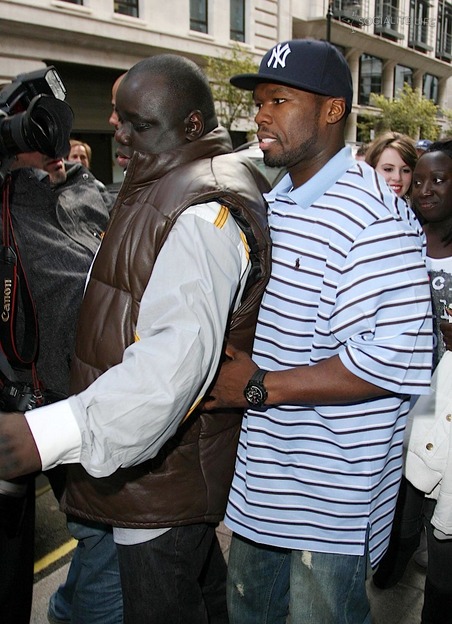 One of the members of hip-hop superstar 50 Cent’s entourage is in some hot water after getting into it with a member of the paparazzi. RadarOnline.com is reporting that “Fif’s” bodyguard was arrested after fighting with a photographer in Denmark. Copenhagen Police Department spokesperson Michael Klausen says, quote, “A man has been charged with assaulting two photographers. We don’t release the name of the person involved, but it’s my understanding he works for 50 Cent.” The alleged victim says his attacker “cut off” his airway and that he “couldn’t breathe.” He also says the man deleted photos from his camera after taking it.

In video of the incident posted on RadarOnline.com, a man who is reportedly 50’s bodyguard is seen choking a photographer with his left hand. After that, he goes into the driver’s side of the photographer’s vehicle as the pap is heard saying, quote, “what are you doing in my car?” The bodyguard then takes off with a camera and walks away.