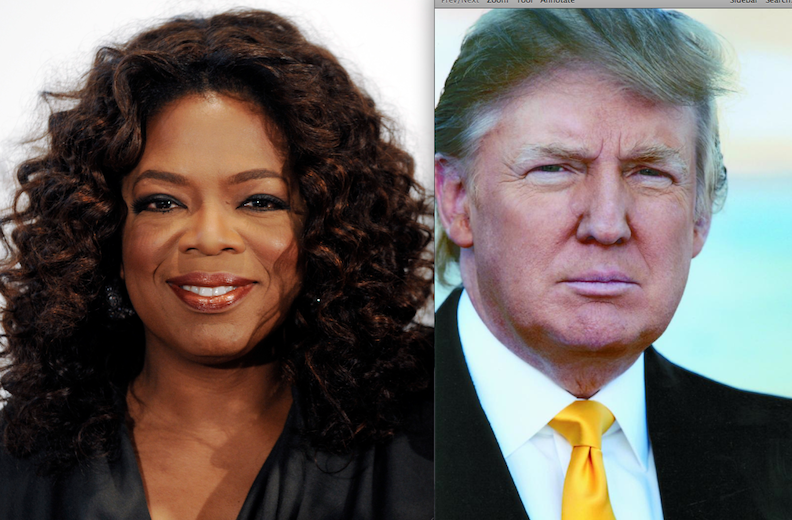 With Oprah Winfreyâ€™s iconic talk show set wrap at the end of this season, for her final episode, the billionaire mogul is set to give a gift the whole world can truly enjoy.

The NY Post reports that Winfreyâ€™s wish is to give fellow billionaire Donald Trump and other celebrity guests on-air makeovers in an episode before she takes her final bow. Trump may want to take Oprahâ€™s style advice if heâ€™s serious about his reported presidential bid.

As the invite to appear on Oprahâ€™s show reportedly noted,

â€œThis will become one of those historical television moments that will become iconic.â€

Well it’s about time somebody with some power has spoken up about this four decade hair style escaped Donald has been displaying. I hope he agrees and change up that ridiculous hairstyle. Signature look or not I’m tired of seeing it every night on Celebrity Apprentice, especially if he is considering running the President of the USA!