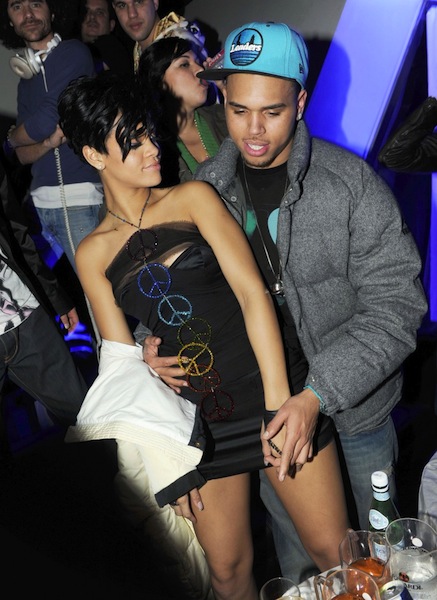 Wow! So ABC is currently attempting to do a reunion show with Chris Brown and Rihanna. This could by far be the most watched interview of the year. I think this will also be a way that Chris Brown could finally have an end to all the repetitive questions of his domestic actions on Rihanna back in 2009.

Chris just needs to look RihRih in her eyes and give a verbal sensere public apology. And if RihRih fully excepts it, then and only then will America be able to move on from that headline breaking event.

ABC has no hard feeling towards Chris Brown over his tantrum at â€œGood Morning Americaâ€ backstage. Robin Roberts has invited him back to her show, and now latest rumor says producers plan an interview that will reunite him with ex-girlfriend Rihanna.

Sources at the network tell E! Online that producers want to â€œmilk this event for everything its worth.â€ Asked if Chris and Rihannaâ€™s reunion would be made a reality show, a top-level ABC insider says, â€œNo, that would never happen here. Whatâ€™s far more likely is orchestrating Chris Brown talking to Rihanna for the first time.â€

Robin, who offended Chris with her questions about his 2009 assault of Rihanna, reportedly will interview the former couple if such gig ever takes place. On why Robin is the chosen one, the source claims to the site, â€œItâ€™s all about the ratings. At all other costs.â€

Lets stay tuned for the possible reunion interview could be good or bad? Either way it’ll make another banging story!

For more information got to Bossip.com