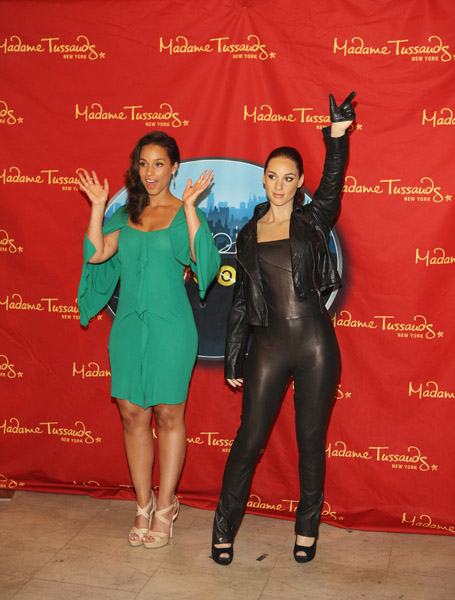 Alicia Keys is the latest celebrity to get waxed at the Madame Tussauds Wax Museum of New York. Today was a big day for the pop star as it was also the 10th anniversary of her groundbreaking debut album Songs in a Minor. Alicia decided to celebrate this momentous occasion along with the unveiling of her wax statue with her fellow New Yorkers. 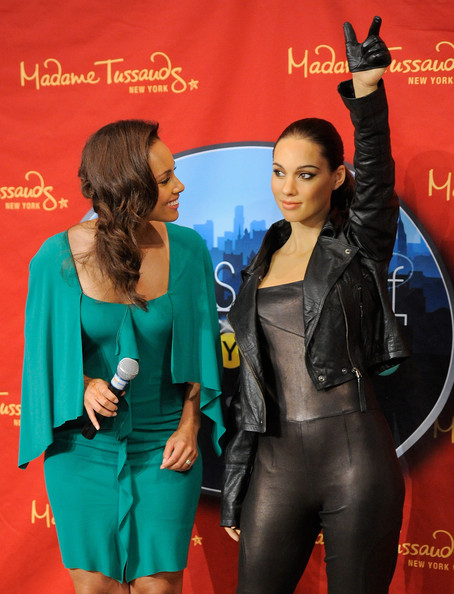 The wax figure was dressed in the custom designed black leather jumpsuit and matching motorcycle jacket that Alicia wore in the New York oriented track “Empire State of Mind” which also featured Jay-Z. When Alicia saw the statue for the first time, she was ecstatic and said “I am so excited, it’s so crazy I can’t believe it!” We can believe it though as the singer has made her mark in the music industry for years and has definitely made an impact in her hometown of New York City. 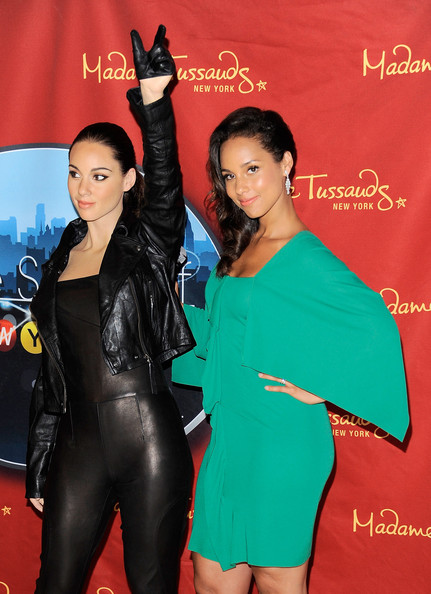