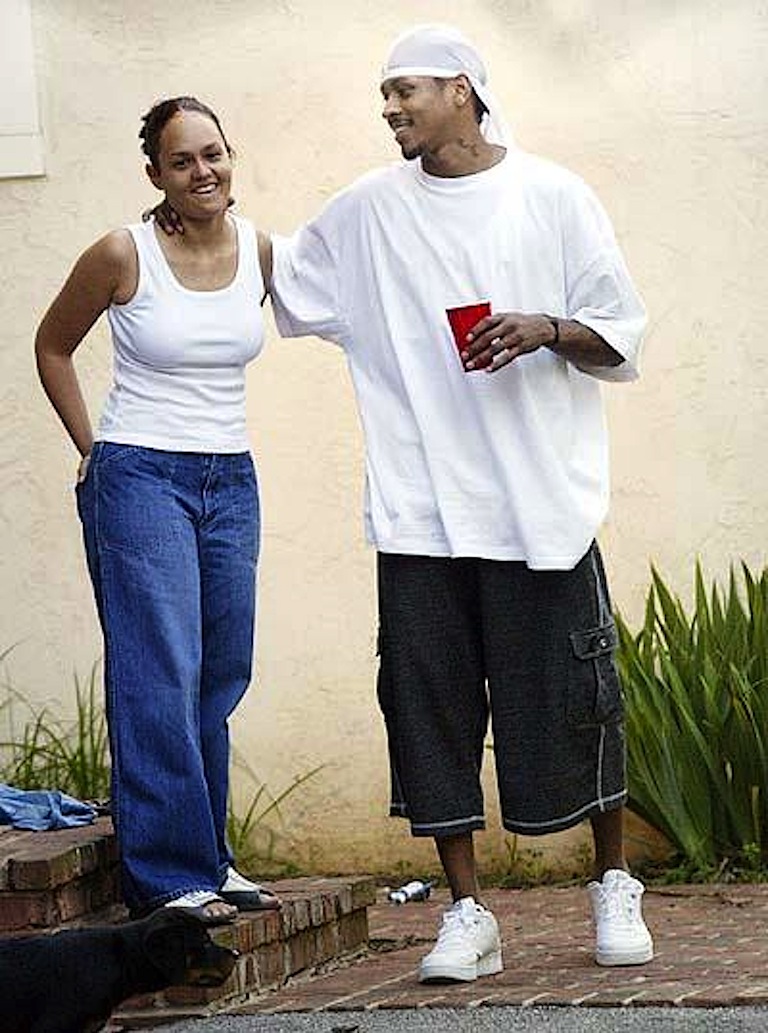 A week after the Philadelphia 76ers’ Allen Iverson announced he was leaving basketball for the rest of the season to be with his sick 4-year-old daughter, the starâ€™s wife filed for divorce in Fulton County Superior Court.

In the divorce petition filed on Tuesday, Tawanna Iverson said her 8 Â½-year-long marriage to the guard was â€œirretrievably broken.â€ In the petition, Tawanna Iverson asked for temporary and permanent custody of their five children as well as child support and alimony. She did not ask for a specific dollar amount. The children range in ages from 17 months to 15 years.The children and their parents have lived in north Atlanta since August, according to the court filing. Before that, the family claimed homes in Rochester, Mich.; Englewood, Colo.; Denver, Colo.; and Villanova, Pa.

On Feb. 22, Allen Iverson and the 76ers announced that he was leaving the team for personal reasons. The former NBA MVP and four-time scoring champion said he wanted to be in Atlanta to be with his daughter, Messiah, who had an undisclosed illness. In a posting on Twitter, Allen Iverson wrote:

â€œI need to be there to hold my little girlâ€™s hand and encourage her to get better. I wanted her to wake up every morning and see her Daddyâ€™s face, at least until she got better. Through Godâ€™s Strength, She Will Keep Getting Better!â€

Prior to that announcement, Iverson had missed five games and the All-Star Game to be with his family.The team said Tuesday, the day the divorce petition was filed, that lverson would not return to the team this season.

â€œAfter discussing the situation with Allen, we have come to the conclusion that he will not return to the Sixers for the remainder of the season, as he no longer wishes to be a distraction to the organization and teammates that he loves very deeply,â€ 76ers general manager Ed Stefanski said. â€œIt has been very difficult for Allen and the team to maintain any consistency as he tries to balance his career with his personal life.â€

Well hope all is well with the family and everything gets worked out in a productive manner.