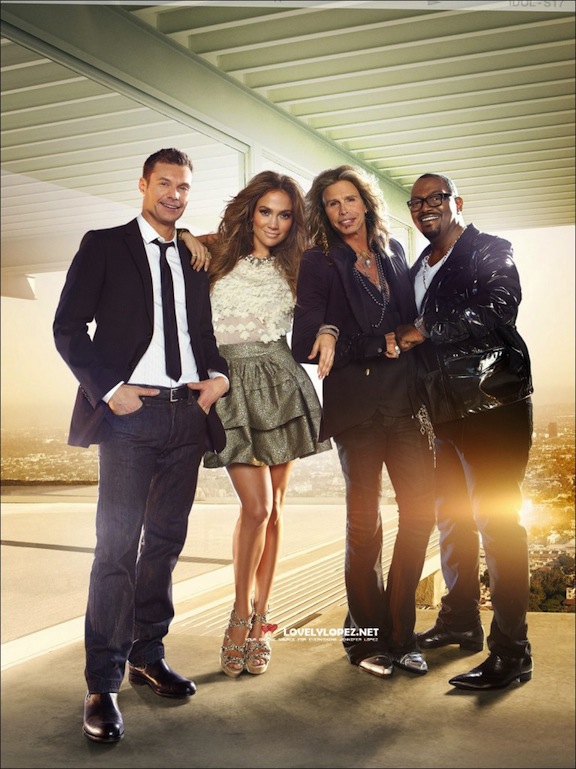 The tenth season premiere of Fox’s “American Idol” kicked off tonight with famed musicians Steven Tyler and Jennifer Lopez making their debuts as judges. Long-time “Idol” judge Randy Jackson says he’s looking forward to working with the famous duo, noting that they’re both a great fit for the show. I have to say it seem like this season they have more of a heart, but I don’t think I will be watching. Although J-Lo makes me want to watch!!!

Tyler and Lopez aren’t the only new additions to “American Idol” this season. There will also be a few changes to the rules, as the final 60 contestants will be taken to Las Vegas where they will take the stage at The Mirage to perform songs from The Beatles. Forty contestants will return to Hollywood where they will then be reduced to a field of 20. The remaining hopefuls will be divided into two groups of ten, at which time ten to 12 finalists will be selected.

This year’s season will also feature Interscope Geffen A&M Records chairman Jimmy Iovine serving as an in-house mentor. Iovine will be shown in behind-the-scenes segments providing advice to the contestants. “American Idol” will also experience a change in its schedule this year, as new episodes will now be airing on Wednesday and Thursday nights.