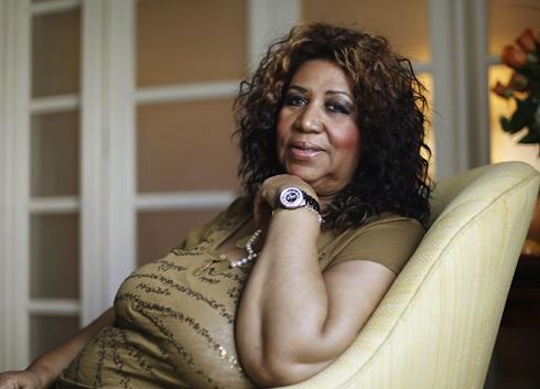 I was so happy to here that the Queen of Soul is happy to be home. Aretha Franklin, who underwent “highly successful” surgery for an undisclosed ailment on Dec. 2 â€“ and is reported to have pancreatic cancer â€“ was discharged from a Detroit hospital earlier this week, according to a statement released Wednesday.

“I’ve been at home for almost three days now,” says Franklin, 68, in the statement. “My family and friends who brought me home are taking great care of me. I also have a private nurse who visits on a daily basis.”

The singer is also optimistic about being out and about soon.

“I’m hoping to be strong enough to go out and see the upcoming Sam Cooke play at the Music Hall in downtown Detroit before Jan. 2, as well as a performance of Dreamgirls at the FOX before it closes,” she says.

“The Queen of Soul is in great spirits and very happy to be home where she will be resting in anticipation of spending the upcoming holiday season with her family,” her rep adds in the statement.

The singer “has a long life in front of her and will be back in concert, on stage, late spring or early summer,” her cousin Brenda Corbett told the Detroit Free Press.