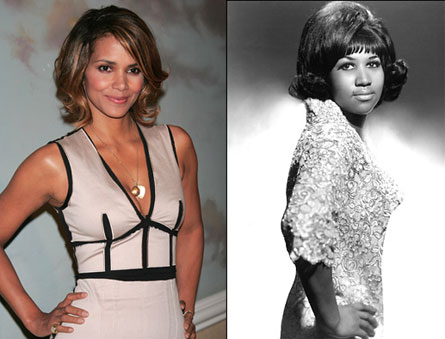 (9/21/10) Aretha, the self proclaimed Queen of Soul wrote a press release about who she think should be in her life movie. Here are Aretha’s choices: Aretha Franklin played by Halle Berry; C.L. Franklin, her father played by Denzel Washington; Smokey Robinson played by Terrence Howard. But I know Halle can play her during her younger days. I don’t know about now. Who do you think should play her role now? Some people said Gabrielle Sidibe , Jill Scott, or Jennifer Hudson (I don’t think so). Maybe she needs to play herself like Tina did towards the end. Who do you all think? – Courtney L.