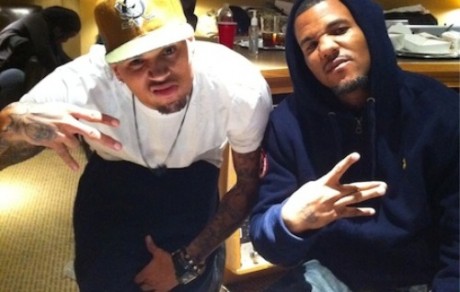 A producer was held up at gunpoint while working on a music video set for The Game and Chris Brown, losing more than $12,000 in cash and jewelry.

The armed robbery took place Tuesday in South Los Angeles while the producer was reportedly sitting in his car with another person. This is when two black male suspects walked up, pulled out a gun and demanded the items. They reportedly escaped in an unmarked car.

Sources on the music video shoot say the producer, named Mars, had walked about a block from the set when his jewelry and his wallet stuffed with a couple thousand bucks got jacked.

A rep for Game said everyone on the set is supposed to have security while walking around the neighborhood. A TMZ camera guy was on the block when Game got word of the robbery and started chewing out his security team. Catch the action below: