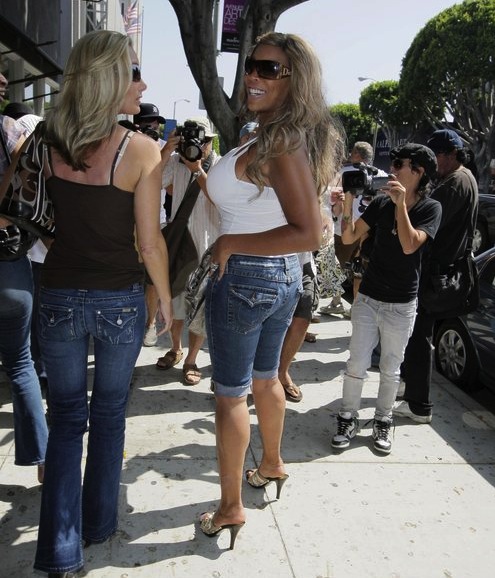 An Atlantic City resort promoter is suing talk show diva and “DWTS” contestant Wendy Williams for $25,000 for not “properly” hosting a party she agreed to attend.

TMZ reports that Harrahs Resort and Casino has filed a $25,000 lawsuit against talk show host Wendy Williams, claiming she didn’t fulfill her duties at a party she hosted.

The suit claims that Mrs. Wendy agreed to appear at the resort’s pool but when she arrived, she and her husband retreated to a fancy cabana with her manager-husband “Big Kevin” (stocked with 4 bottles of champagne and 2 bottles of white wine – per her request) and did not mingle with the resort’s guests.

Wendy said she wasn’t feeling the party at all and wanted leave.

Harrahs claims that fans were greatly disappointed by her behavior as she was expected to hit the mic to talk to guests. But she didn’t. Also, Wendy was booked for two hours, but she and her hubby stayed for only an hour.

I’d have to say when Wendy Williams came to Atlanta to club with her fans, she was definitely on some Hollywood ish. She did not interact with the people instead she confined herself to her VIP suite and laid low… SMH