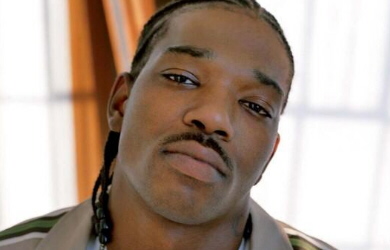 An orginial member of the Â Hot Boyz finds himself in trouble with the law on gun charges and this time its not Lil Wayne. Rapper B.G has recently plead guilty on possession of an illegal firearm as well as tampering with evidence. It all started in 2009 when B.G was pulled over in his hometown of New Orleans riding with two other passengers when the police discovered 3 handguns inside the vehicle. Unfortunately for B.G he already had a previous felony case pending so it doesnt look good for the rapper. Check inside for more deets on how much time in prison he may face.

In 2009 alone B.G has had four arrest on similiar charges and when the judge asked him in court was he the owner of all three weapons B.G plead guilty and now canÂ face up to 40 years in federal prison! When asked why he would take the charge for all three weapons when they werent obviously all his this is what the rapper had to say,

“I never snitch, never tell, if the laws come and get me, I’m gonna sit my ass in jail,” B.G. raps on his new track ” I Aint Tellin” I dont talk on the phone, ‘less I’m talkin’ to bitches.”

When speaking to MTV back in 2009 he also had this to say,

Â “I know the consequences and repercussions of what comes behind it. Where I’m from, it’s just like, that first draw is a muthaf—a, the bullets raining out the sky. It’s like that for real. It’s a murder capital. They dropping like flies. I stay in the suburbs. All my neighbors are white and football players and doctors and dentists.”

“I lay my head there, but when I get up in the morning, I gotta go to the projects and get some grits and cheese and sausage and toast,” he continued. “It’s just something about that ‘hood. I wanna post up and sit on the porch and get my hair braided. I’m just ‘hood.”

This code of silence is becoming too much in the hip hop communityÂ but if he is willing to give up 40 years of his life for another man than more power to him, we wish nothing but the best for B.G. His sentencing will on March 12, 2012 and we will continue to keep you posted on news and updates concerning his pending case.

[youtube https://www.youtube.com/watch?v=e_-Q2GTf5hk] Atlanta rapper my fam YFN Lucci came through Power 106, Nick Cannon Mornings to talk all about his life before stardom and even...
Read more
Celebrity Scandal

[youtube https://www.youtube.com/watch?v=8KDkpltKHx0]The Breakfast Club: talked Michael Bloomberg and how he's now Doubles Down On Stop-And-Frisk Comments, Putting His Campaign At Risk ... We need to...
Read more