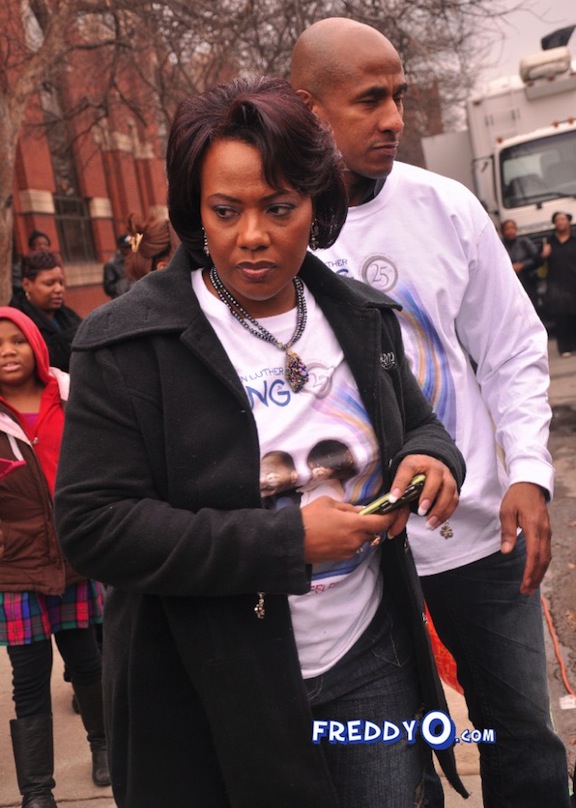 The daughter of late civil rights leader Dr. Martin Luther King, Jr. is walking away from her elected post as head of the Southern Christian Leadership Conference before officially taking office. On Friday, Bernice King announced that she would not take the job – more than a year after her election to the post. The “Atlanta Journal-Constitution” quotes a statement from King which read, in part, quote,

“after numerous attempts to connect with the official board leaders on how to move forward under my leadership, unfortunately, our visions did not align.”

The newspaper says King initially postponed taking office because of a dispute between two SCLC factions, both of which claimed to be the official board.
King was the first woman to be elected SCLC president. Her father, who co-founded the organization, once held the position, as did her brother, Martin Luther King the Third.