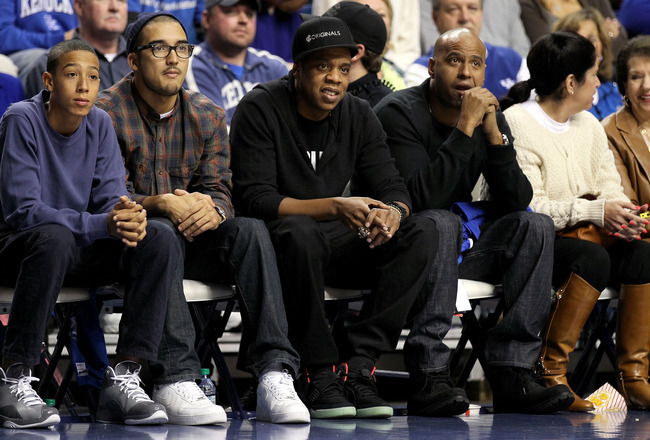 Earlier, rumors were spreading like a flu that Beyonce has given birth to a baby girl. However, new reports suggest that the rumor was just a rumor. The star is still pregnant and has reportedly spent the New Year’s Eve with husband Jay-Z in Brooklyn. See more photos of Jay-Z at the game inside.

According to sources, Jay-Z went to Kentucky to watch his favorite college basketball team’s match and rushed back to Brooklyn to have dinner with Beyonce just in time. A well-known food critic from Food Republic tweeted leaking the information that they were having dinner at Buttermilk Channel.

Later it was confirmed that the two revisited the restaurant and Beyonce was still pregnant which kills the rumors that her child has been born. Solange’s tweet also caught attention writing, “Shout out to my sister for being THE cutest pregnant woman ever!”

Wondering where these rumors come from! P.S. they saying Janet Jackson’s Pregnant also!!!!