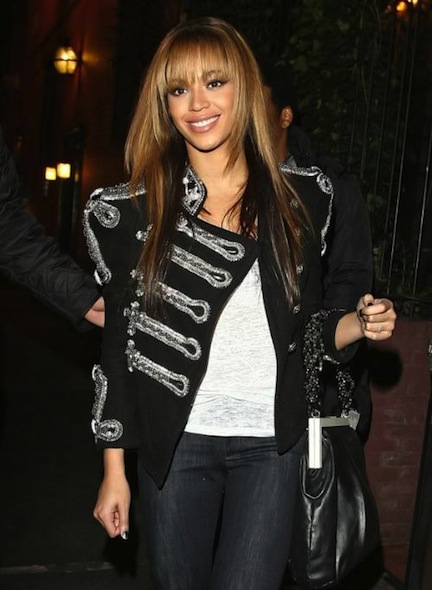 In the hour-long sit-down tonight airing at 9pmET/PT, Beyonce opens up to Piers Morgan about turning 30 in September. She says she can’t wait.

“I feel like 30 is the ideal age, because you’re mature enough to know who you are and have your boundaries and your standards and not be afraid of too polite, but young enough to be a young woman,” she says. “I’m so looking forward to it.”
The age also got Beyonce talking about pregnancy. “I always said I’d have a baby at 30,” she says. “I’m 29. But I also said I was going to retire at 30. I’m not retiring.” So, is a baby on the way? “Only God knows,”

She also talks about her husband, Jay-Z, her new album “4” and more, including how her race has affected her career.

“At least with my career, I’ve kind of broken barriers, and I don’t think people think about my race,” she says. “I think they look at me as an entertainer and a musician and I’m very happy that’s changing because that’s how I look at people.”

She also describes the power of the Obama Inauguration moment in 2008. Beyonce performed at the Inauguration of Pres. Barack Obama.

The latest project from the Tyler Perry Studios, released via BET Plus app, "All The Queens' Men" season premiere party this week. The writer and...
Read more
Television

Our favorite awkward black girl, Issa Rae, confirms that “Insecure” is to end with its fifth season! Over the last several years we have...
Read more
African American Issues