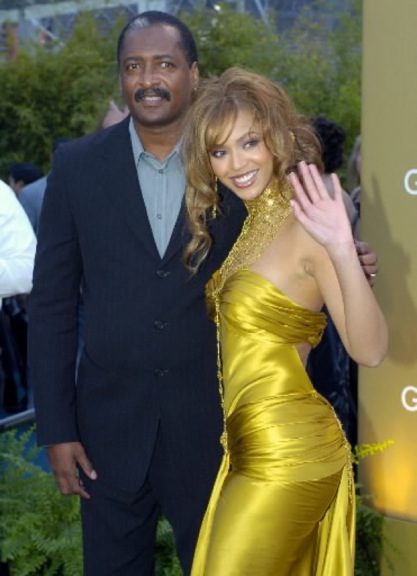 According the this weeks National Enquirer in print, BeyoncÃ©’s recent pregnancy has helped heal things between her and her father. After recent allegations that Matthew Knowles was stealing money from BeyoncÃ© (see here) the two stopped speaking to each other, he was also the last to know about BeyoncÃ© being pregnant. The Enquirer also says the baby helped Jay-Z and BeyoncÃ©’s turbulent relationship, basically calming down his partying ways.

Beyonce’s joyful baby news is shoring up her rocky marriage to rap mogul Jay Z, and smoothing over her troubled relationship with her estranged father, insiders say.

While Beyonce toured Europe this summer, Jay Z was spotted partying in the Big Apple with model Selita Ebanks on July 20 and at club 1Oak with a bevy of beauties on July 8.

“When she was on a break, Beyonce called Jay out on his party-boy behavior,” the source said. “He tried to slough it off as part of the music business, but she told him that as a father-to-be he needed to act like a family man. After a heart-to-heart, Jay Z committed himself totally to Beyonce and their baby.”

“Mathew was the last of Beyonce’s inner circle to learn about hte pregnancy, and he was furious” said the source. “But he’s come around, and Beyonce believes the baby news has brought them back together.

Will Jay-Z stop partying wildly? How long will Matthew and BeyoncÃ©’s make-up last?