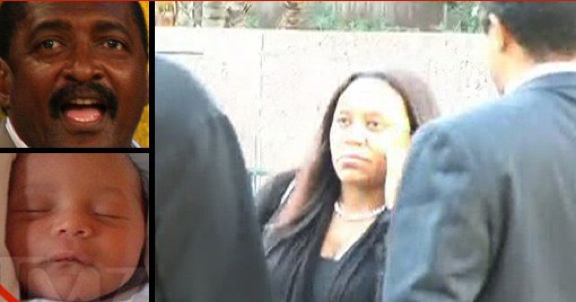 The father of pop superstar Beyonce just picked up another monthly expense. Mathew Knowles has been ordered to pay Alexsandra Wright 82-hundred-dollars a month in child support. The support is retroactive to February 1st. Knowles is also required to pay 100-percent of uninsured medical costs. Wright, who gave birth to a baby boy named Nixon on February 4th, claims to have had an 18-month affair with Knowles. Wright filed a paternity suit against Beyonce’s father last October, and on Tuesday lawyers for both sides were in court to determine support payments.

Mathew Knowles has not acknowledged that he is Nixon’s father, but he will take a paternity test on March 1st. A long-term support agreement will be determined once the results of the test are in. Last month, Knowles reportedly gave Wright ten-thousand-dollars to cover uninsured medical costs and other baby expenses. Last December, Beyonce’s mom Tina Knowles filed for divorce from Mathew after 30 years of marriage. A reason for the divorce was not reported.