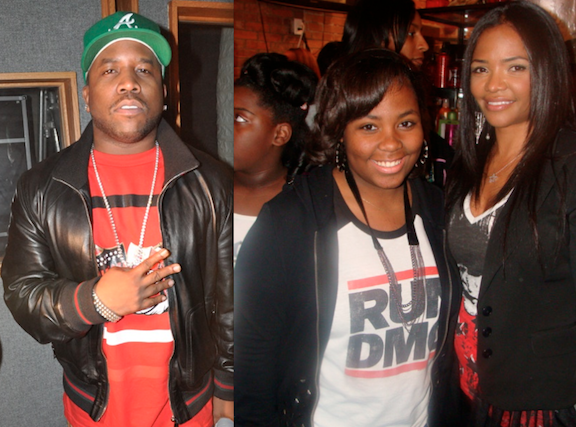 The homie and Outkast member Big Boi certainly knows how to give a gift. We just found out that Â Big and his daughter Jordan are launching a new label called Purple Kidz. The imprint will feature only young acts, with their first artist being 12-year-old singing sensation Gabbie Rae. Big Boi says he was inspired to start Purple Kidz when Jordan turned 16. He notes that while some parents like to give their kids cars for their sweet 16, he wanted to give his daughter something she could “build and nurture.”
Big Boi is also working on his follow-up to last year’s solo release “Sir Lucious Left Foot: The Son of Chico Dusty.” A release date for Big Boi’s next album hasn’t been announced, but he says its coming along well.