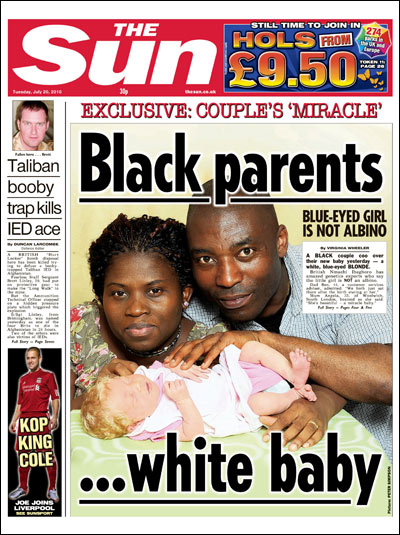 British Nmachi Ihegboro has amazed genetics experts who say the little girl is NOT an albino.

But as the baby’s older brother and sister – both black – crowded round the “little miracle” at their home in South London, Ben declared: “Of course she’s mine.”

Blue-eyed blonde Nmachi, whose name means “Beauty of God” in the Nigerian couple’s homeland, has baffled genetics experts because neither Ben nor wife Angela have ANY mixed-race family history. 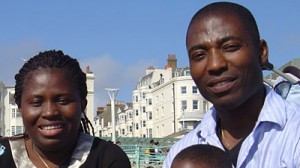 Pale genes skipping generations before cropping up again could have explained the baby’s appearance.

Ben also stressed: “My wife is true to me. Even if she hadn’t been, the baby still wouldn’t look like that.

“We both just sat there after the birth staring at her for ages – not saying anything.”