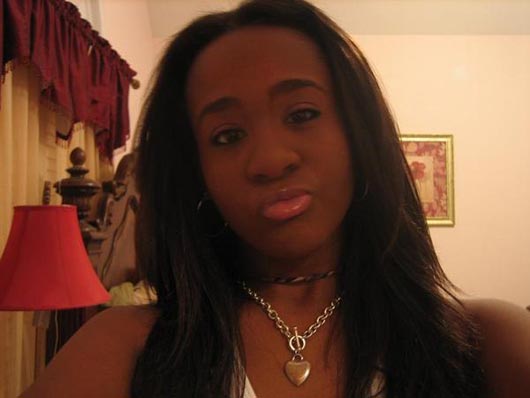 The daughter of former R&B couple Whitney Houston and Bobby Brown is trying to explain a recent photo that appears to show her snorting cocaine. Bobbi Kristina took to her Twitter account this week to let everyone know that she was set up by a friend. She tweets, quote, “God will smite them yes…But it’s really not what it looks like..People will do anything for money which is extremely sad, and I’m very hurt by this.” Bobbi Kristina goes on to say that her mother has been very supportive, noting that all she can do now is keep her “head up high.” She adds, quote, “My family is great and I know I will overcome this and succeed. This is all I’m gonna say.”

Zach Jafarzadeh, a 20-year-old aspiring artist and student at Georgia Perimeter Collegeâ€¦ which used to be a community college.

The photo of Bobbi Kristina’s alleged drug use was featured in the “National Enquirer” along with a cover story that claims she is “Addicted to Cocaine!” Drug abuse is a familiar topic to Bobbi Kristina, as both of her parents have battled substance issues in the past.