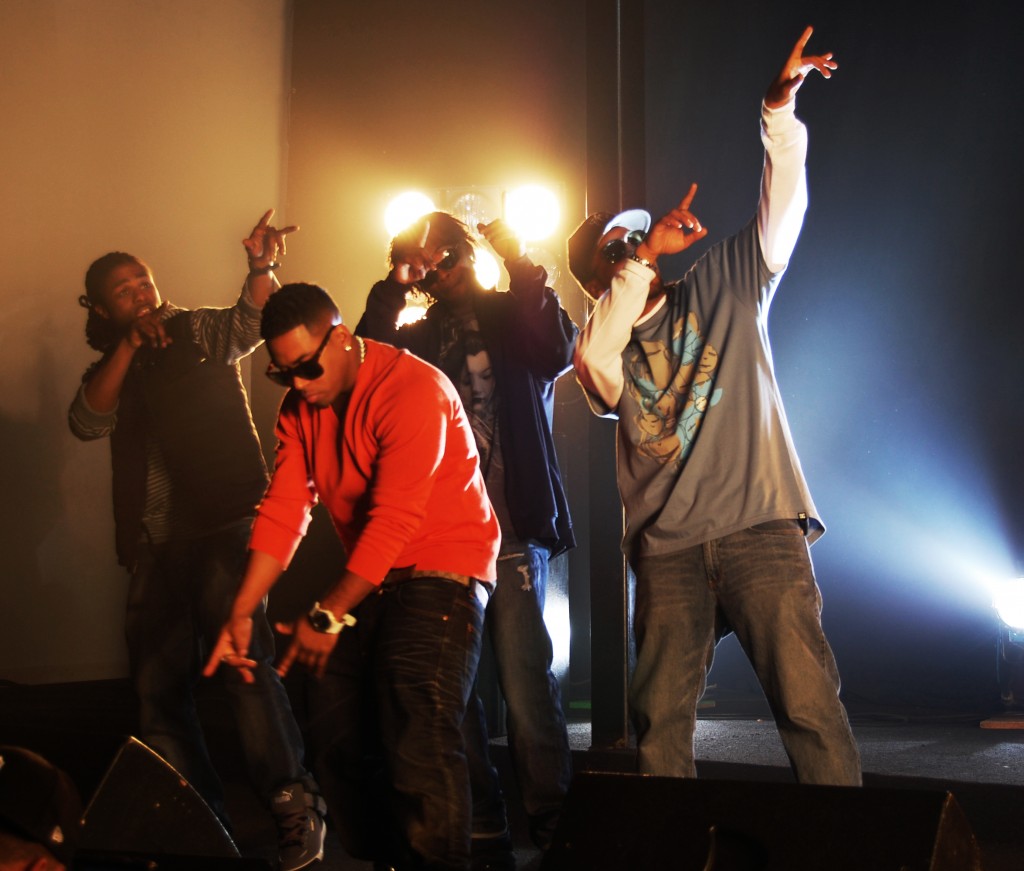 Bobby V been working hard and recently shot a new video with Likeblood, a DC-based hip-hop trio. The video shoot is for their new hit single, “Money Over Here” featuring Bobby V. Likeblood is fresh off of the recent Raekwon tour, where they were the opening act. This is the second single (the first was the hit “Red Carpet” featuring Chris, which was a BET New Joint of the Day) from Likeblood’s upcoming CD, #dabiness, which will be released in the Spring. Here are all the pic’s

The photo credit is Anwaa Kong